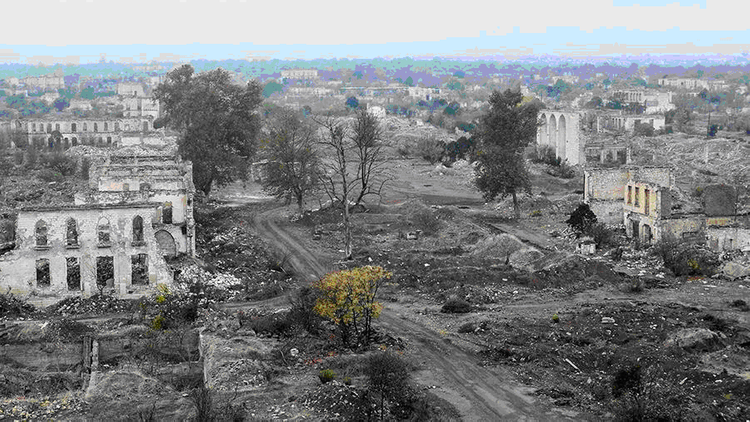 Professor of the Moscow Tchaikovsky Conservatory, member of the Moscow Union of Composers Faraj Karayev sent an open letter to conductors Vladimir Spivakov and Theodor Currentzis, who signed an appeal to UNESCO on the protection of Christian monuments in Nagorno-Karabakh, APA reports citing the Ministry of Culture of Azerbaijan.

“Dear colleagues, I have read the text of your appeal to UNESCO and, of course, I support your proposal to include cultural, artistic and architectural Christian monuments located in Azerbaijan to the World Heritage List. No doubt, it is really necessary!

You also complain that these monuments will face the same tragic fate that befell the Syrian Palmyra - we all remember how this unique city was destroyed by the ISIS thugs. And now, showing concern for cultural monuments of Nagorno-Karabakh and recalling Palmyra in such a context, you, intentionally or unintentionally, are comparing Azerbaijan with one of the most terrible terrorist organizations rejected by the entire civilized world.

Isn’t it too cynical and shameless?

I would like to remind you, dear colleagues, that today’s Azerbaijan is a multinational and multi-confessional state, living according to the canons of multiculturalism. And the protection of the Christian cultural heritage, along with Muslim and Jewish heritage, is one of the priorities of the government of secular Azerbaijan. Normal church life will be preserved in the religious monuments of Karabakh: “It is in this vein that the Azerbaijani side will act” - this is how Ilham Aliyev informed Russian President Vladimir Putin.

And the words of the President of Azerbaijan are never at odds with the deeds!

I would like to ask you a question - Are you familiar with the fact that seven districts of Azerbaijan, not located on the territory of Nagorno-Karabakh, have been under the occupation of a neighboring state for almost thirty years? Did you know that in these areas, in addition to medieval Christian monasteries, there were numerous mosques, as well as an Orthodox church located in Khojavend?

I bring to your attention a few photographs that show what the Orthodox church has become over the years: 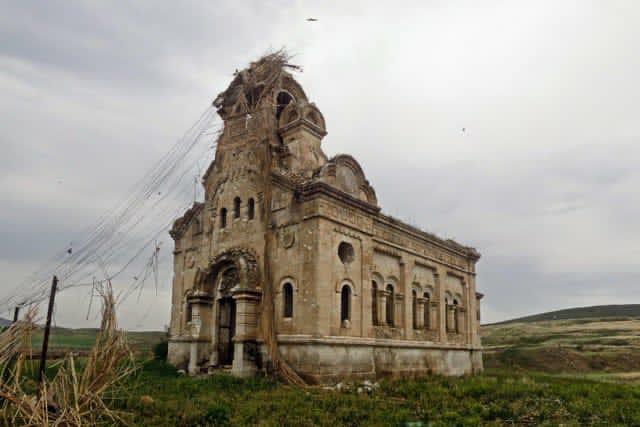 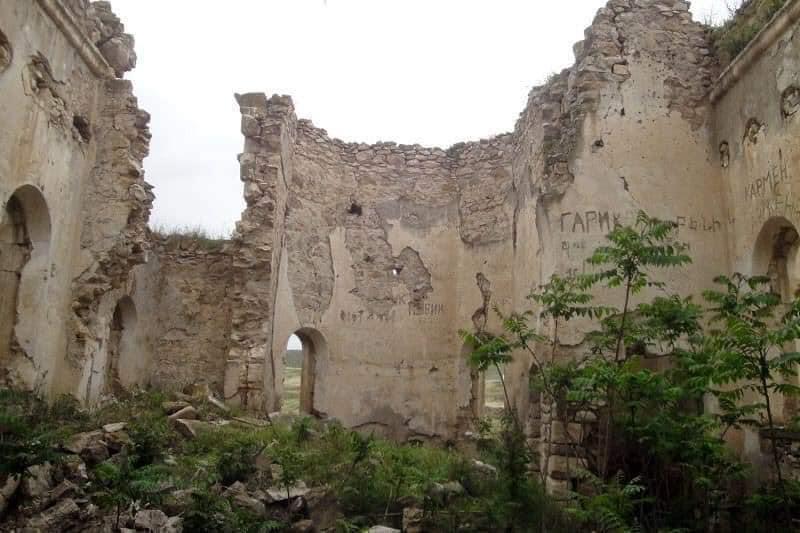 Note the name GARIK decorating the wall of the ruined temple. This name will not be found among Azerbaijanis, but it is common among residents of the neighboring country. And these are photos of mosques - in Zangilan it was turned into a pigsty: 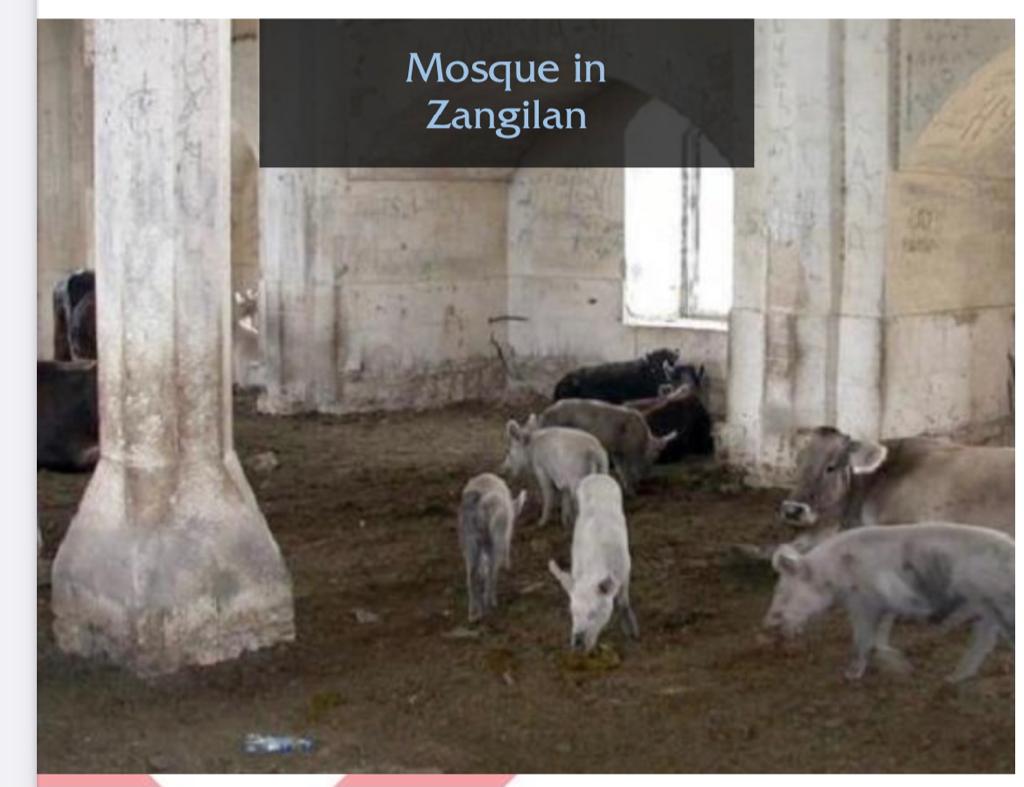 and in Agdam in the stable: 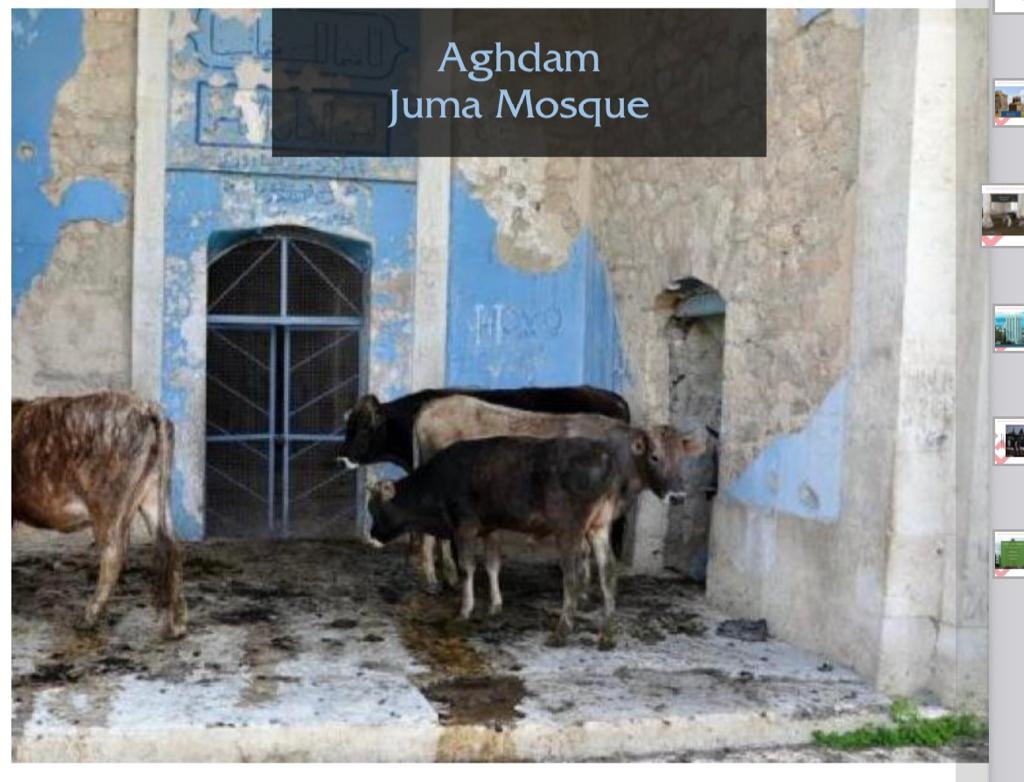 And the city of Agdam itself, once flourishing and prosperous, over the years has turned into a ghost town: 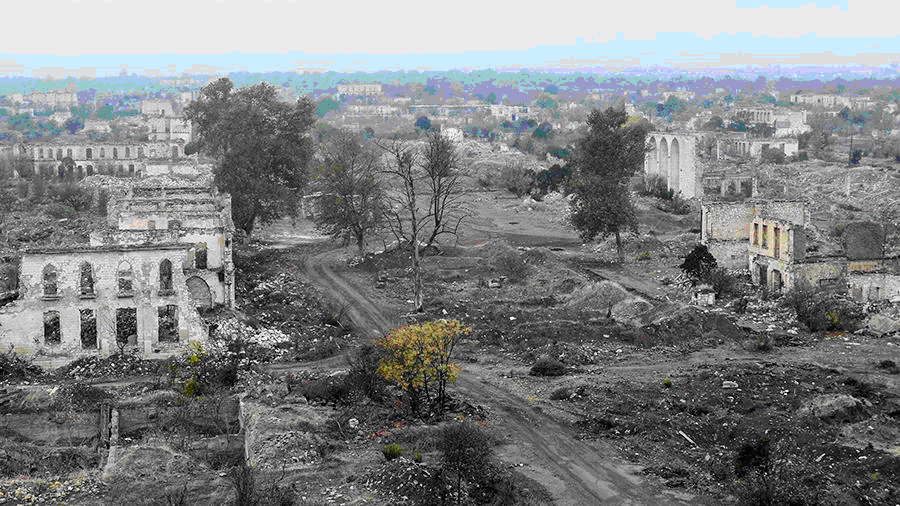 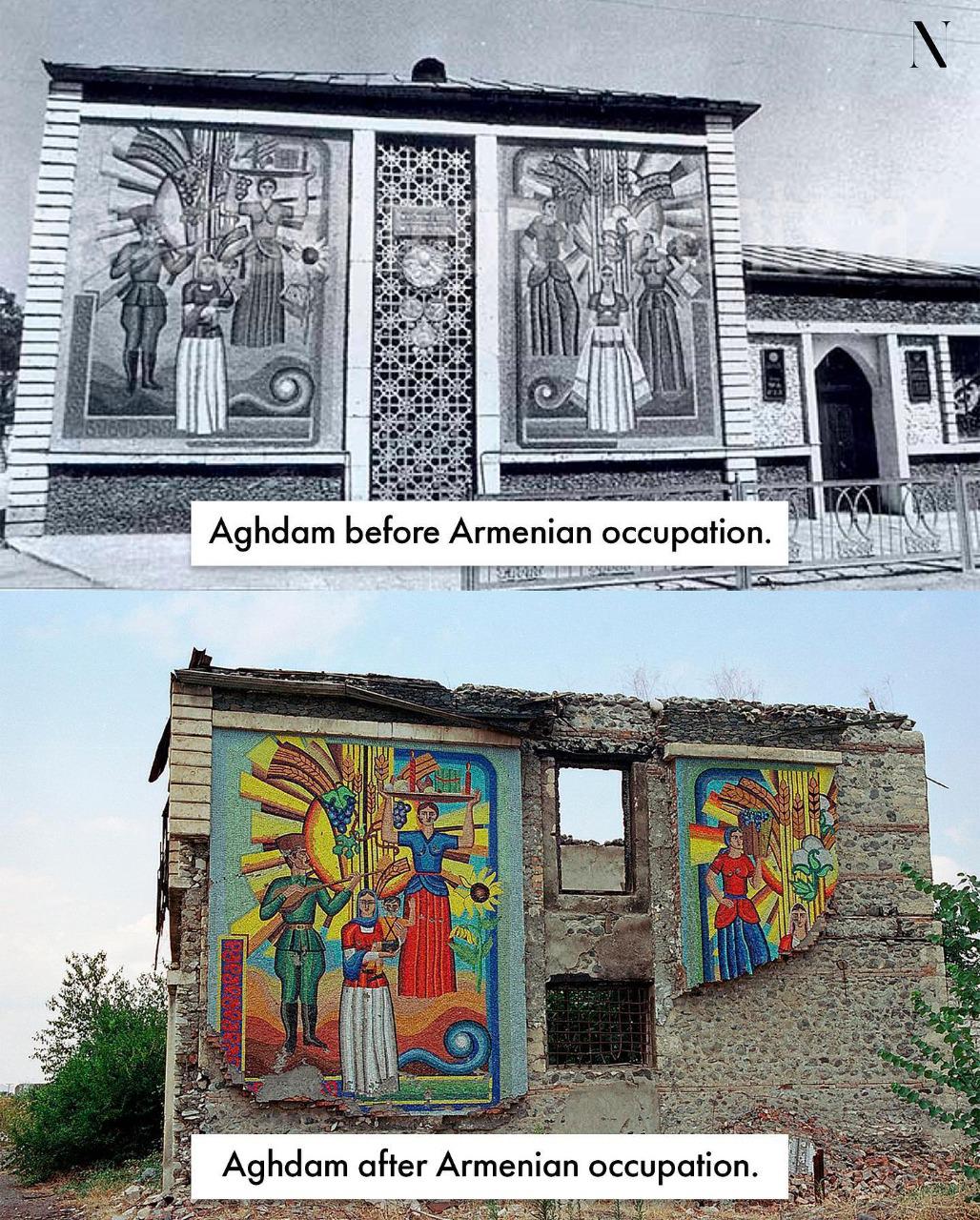 The city of Shusha, the pearl of Nagorno-Karabakh or, as it was called, the Conservatory of Transcaucasia, was liberated on the night of November 10. What did the Azerbaijani soldiers see there?

Look, here is a monument to the prominent Azerbaijani singer Bul Bul in the courtyard of his destroyed house-museum: 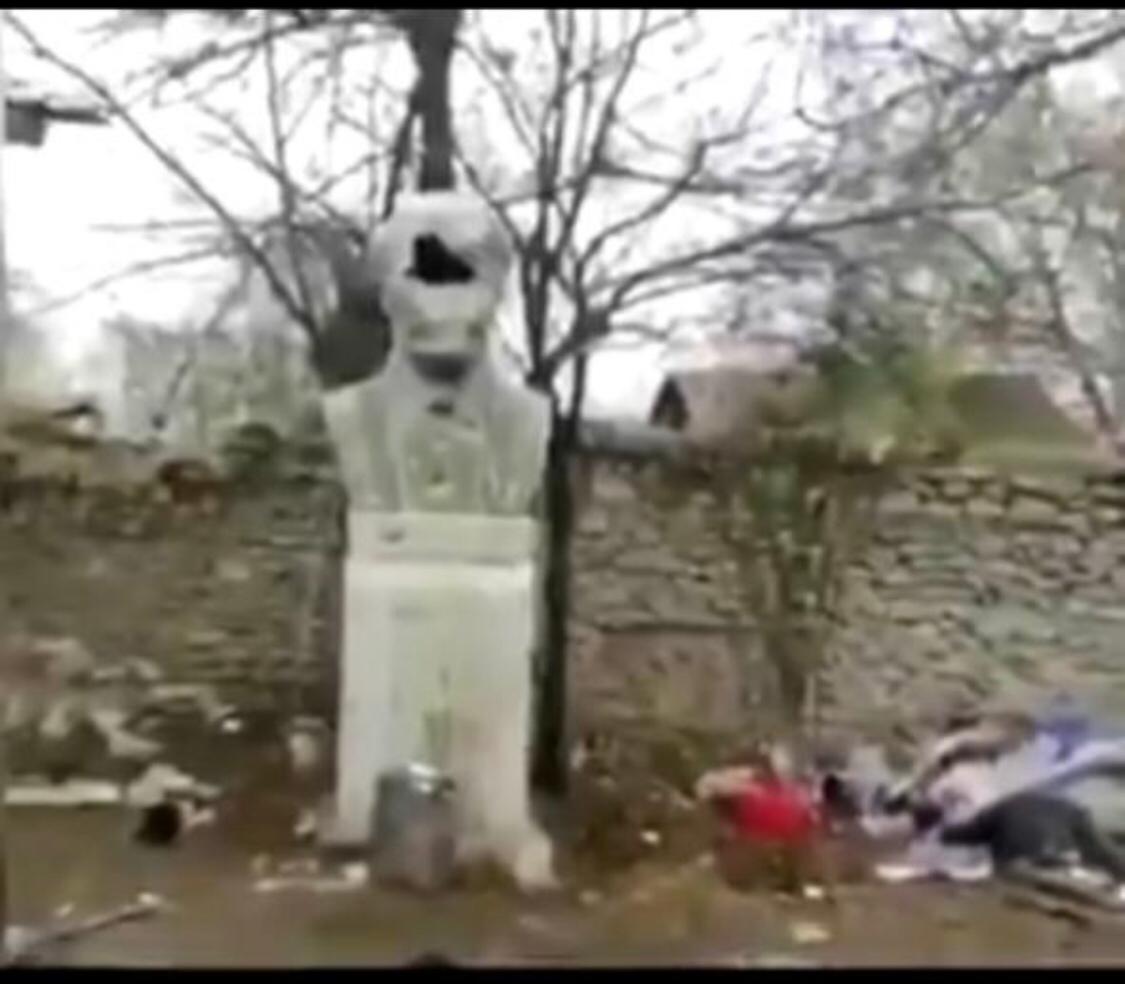 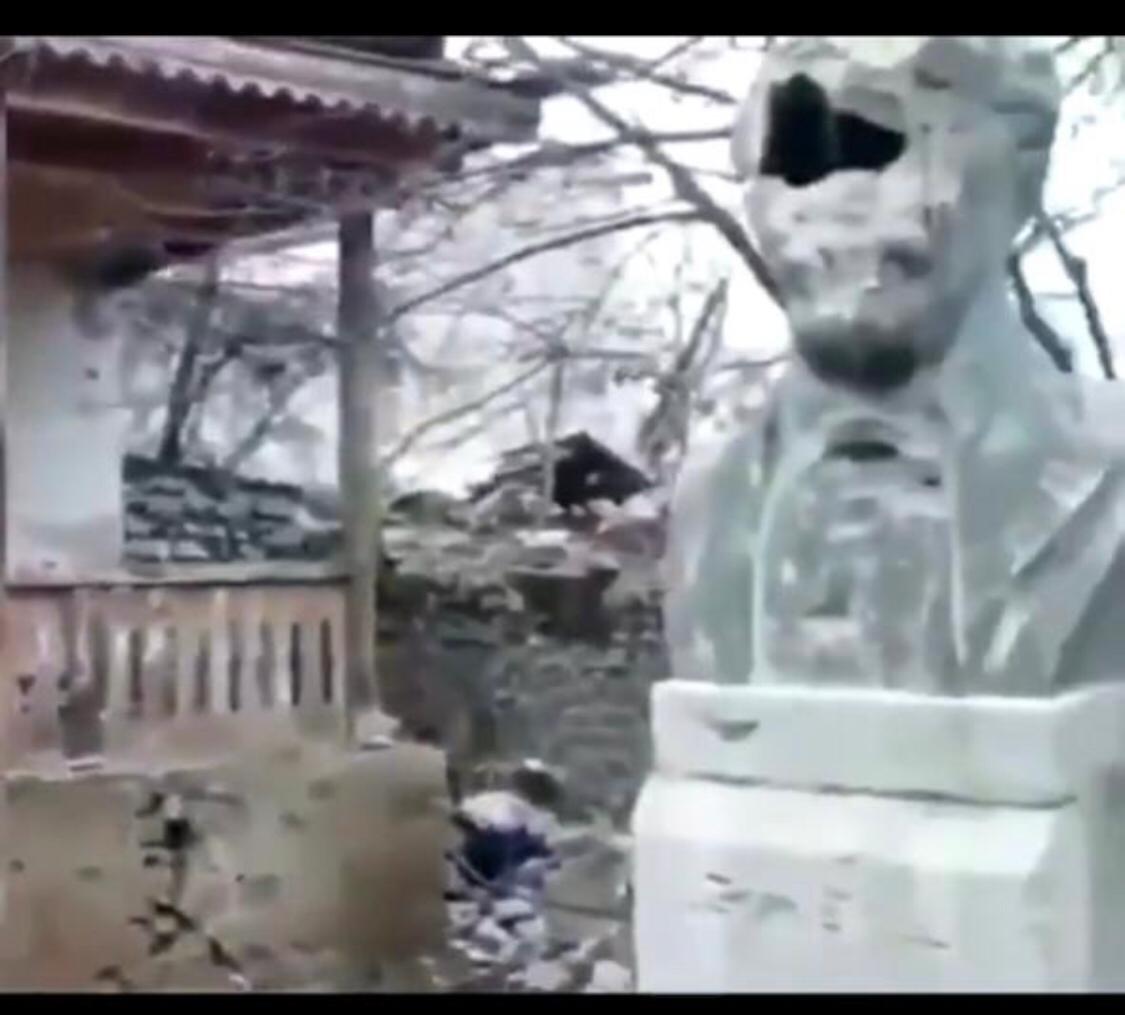 In Shusha alone, around two hundred cultural monuments were destroyed, including the Panakh Khan’s palace and the palace library, the Khan’s palace and the caravanserai, the Saatly mosque, the Upper and Lower Govheraga mosques, the Vagif mausoleum, the house of the poetess Natavan, with whom Alexander Dumas père played chess while traveling to the Caucasus.

A special commission of UNESCO is about to visit the territories liberated from occupation soon. Here is a list of destroyed objects that they will see with their own eyes.

2. 700 monuments of history and culture;

8. Mausoleum in the village of Khachin-Turbatly, Aghdam region. XIV century;

9. Azikh cave, the site of a primitive man, which was mined (!!!) by the retreating invaders.

You will agree, dear colleagues, that residents of the neighboring country should be compared with terrorists from ISIS, but not Azerbaijanis! Nobody demands an apology from you for insulting the Azerbaijani people, dear Vladimir Teodorovich and no less respected Theodor Ioannovich; words in such a situation are meaningless.

But maybe you, dear colleagues, will now come up with a bright idea to visit one of the destroyed cities of Azerbaijan and give a symphony concert there? Thus, you would emphasize your honest and impartial attitude to what is happening, the music would level your unfair accusations, and your reputation would be fully restored. After all, this is exactly how maestro Valery Gergiev demonstrated his attitude towards vandals, savages and destroyers, having arrived with his orchestra to the destroyed Palmyra to give a concert. I am sure that such an act towards Azerbaijan and its people would be a confirmation of your noble civil position.” 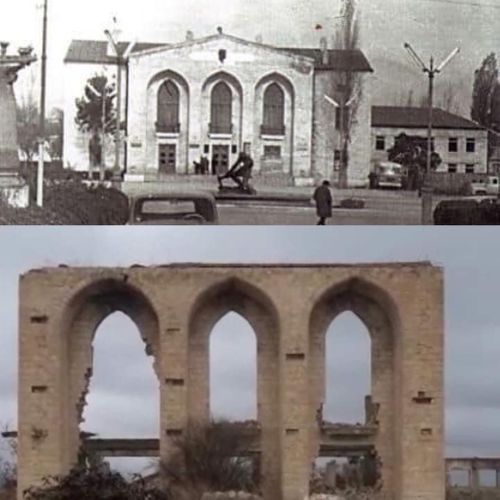 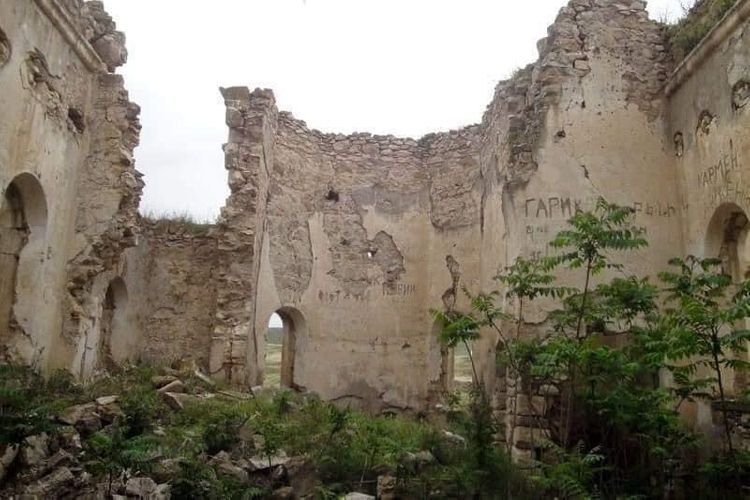 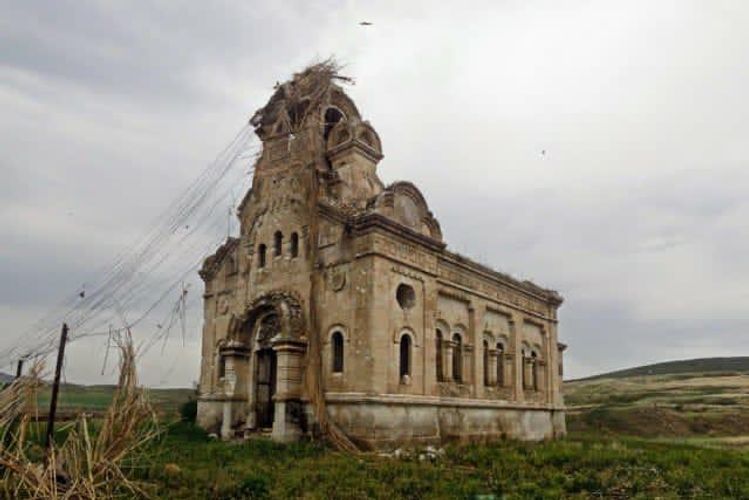 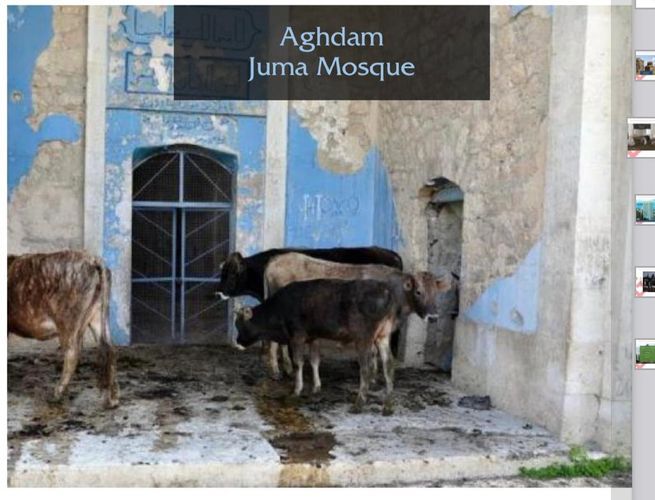 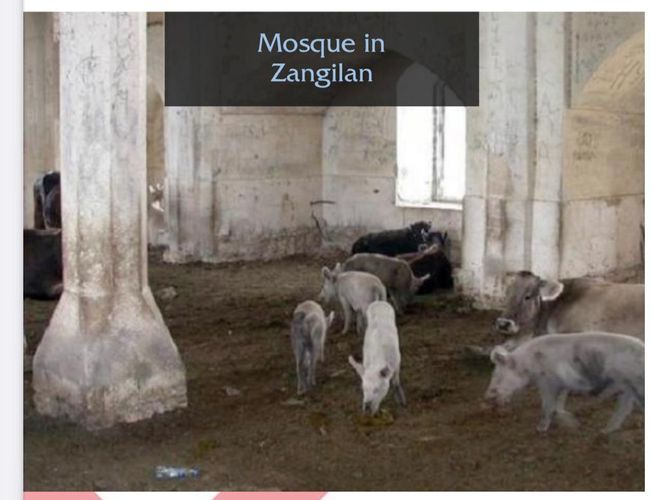 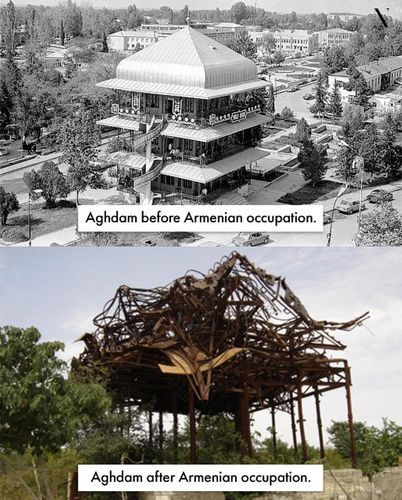 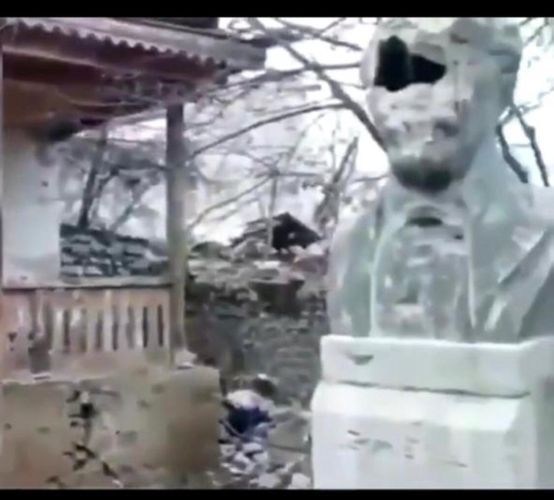 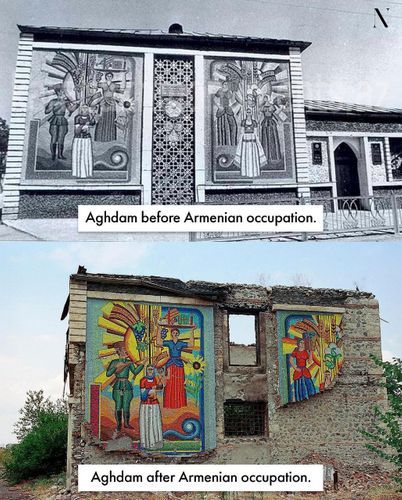 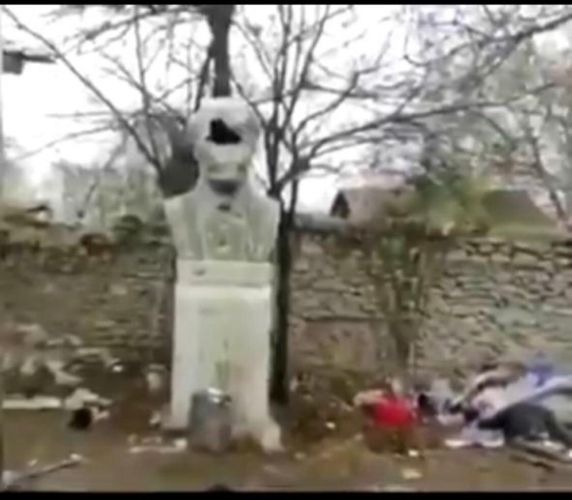