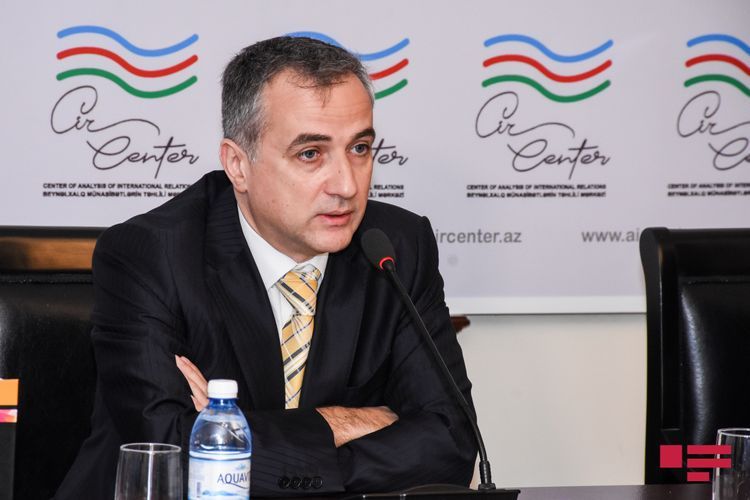 “The Armenian prime minister Nikol Pashinyan has put forward counter-accusations against Azerbaijan in regard to glorification of fascism during the online conference held today”, said Farid Shafiyev, chairman of Management Board of the Center for Analysis of International Relations (CAIR), APA reports.

“It is necessary to note the following points regarding this false speech. During the World War II, the Armenians participated in fight against fascism along with other peoples of the USSR. This is another aspect of this issue, and Armenia attempts to accuse Azerbaijan of denying this fact. This is not true at all. The Azerbaijani leadership, especially President Ilham Aliyev has come up with the statements regarding glorification of Garegin Nzhdeh, the partner of the fascists. This is an undeniable fact. The monument has been erected in his honor in Yerevan. In fact, the problem arising from this issue is deeper".

G. Nzhdeh put forward the idea of the Armenian people being a supreme race and this idea conforms to the Nazi ideas. The “tsekhakronism” concept prepared by him in 1930 originates from racism theory. The similar ideology has also taken root in contemporary Armenia and this is a part of territorial expansion policy, phobia against Turks and Azerbaijanis, the ideas of the Armenian people being the supreme race and the establishment of “Great Armenia” on the territory extending between 3 seas. Nikol Pashinyan referring to Mammad Amin Rasulzade, the ideological leader of the first Azerbaijan Republic (1918-1920), accused him of collaboration with Nazis and said he is glorified in Azerbaijan.

In this case, the head of the Armenian government deliberately distorted the historical facts. Mammad Amin Rasulzade just like other state figures of the republics of the USSR being in emigration during the World War II indeed made a visit to Germany, but finally he refused collaboration with Nazis. This is a quite well-known fact. As for the people fighting on the side of the Nazi Germany, no monument is erected to them in Azerbaijan and they are not glorified. The statements voiced by Nikol Pashinyan are the attempt to mislead the public opinion, are the deliberately voiced false information”, the CAIR chairman stressed.