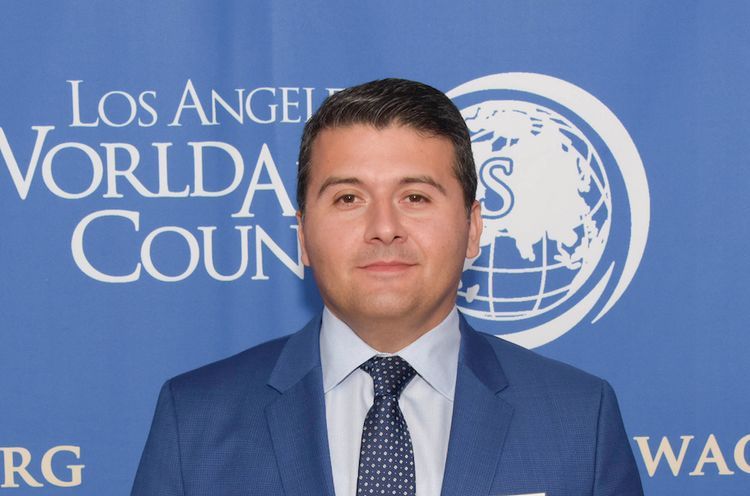 An article written by the Consulate General of the Republic of Azerbaijan in Los Angeles Nasimi Agahyev titled "How the French Ambassador watered down UNSC documents on Armenia’s invasion of Kalbajar", was published, APA reports.

"On November 25, 2020 Armenia handed the Kalbajar district back to Azerbaijan, in line with the Nov. 10 agreement, which also ended the 44-day-war in Karabakh. Thus a 27-year-long illegal occupation of Kalbajar came to an end. Tens of thousands of forcibly displaced Azerbaijani residents of Kalbajar will finally be able to return home.

The invasion and total ethnic cleansing of Kalbajar by Armenia in early April 1993 was one of the most crucial moments and darkest chapters in the Armenia-Azerbaijan conflict. After Lachin’s invasion in 1992, Kalbajar was the second district outside of Nagorno-Karabakh to be invaded, thus de facto annexing Nagorno-Karabakh to Armenia. A Human Rights Watch report said:

“…The only outlet from Kalbajar to Azerbaijan proper was over the Murov mountains to the north through the Omar pass, a treacherous journey in winter…60,000 people were forced to flee their homes. Today all are displaced, and Kalbajar stands empty and looted. The swift and short nature of the Kalbajar offensive, the mountainous terrain with few good roads over which it was fought, and the late winter timing of the attack left the civilian population extremely vulnerable; many were taken hostage or killed by indiscriminate fire.”

These facts are confirmed by a striking video I unearthed and shared recently on social media that went viral. It’s a video of the California-born Armenian terrorist Monte Melkonian and his accomplices in Kalbajar in April 1993, who giggle and perform celebratory gunfire, as they give the besieged Azerbaijani civilians ten hours to leave. It is quite a painful video to watch…

Immediately after Kalbajar’s invasion, the United Nations Security Council (UNSC) passed a statement on April 6, 1993, condemning the invasion and demanding the withdrawal of the occupying forces from the district.

Recently, the Clinton Presidential Library has published some declassified State Department cables concerning the Armenia-Azerbaijan conflict. From the cables, it becomes clear that at the behest of the French U.N. Ambassador Jean-Bernard Mérimée, the UNSC Statement on Kalbajar’s invasion was substantially watered down. Opposing the language presented by U.S. Ambassador Madeleine Albright and other members of the U.N. Security Council and in an apparent attempt to exculpate Armenia for invasion, Amb. Mérimée insisted on the inclusion of the wording “local Armenian forces” as invaders of Kalbajar. He also insisted on treating the invasion of Kalbajar not under the Chapter VII of the U.N. Charter as an “act of aggression,” but under the weaker Chapter VI as a dispute that should be settled peacefully. French insistence worked and the UNSC passed the suggested, watered-down language. On April 30, 1993 the UNSC passed a resolution on Kalbajar (res. 822)— the first on the conflict — using the same language. Due to Amb. Mérimée’s efforts, the Resolution 822 became the weakest of all four UNSC resolutions passed on the conflict. Three subsequent resolutions (853, 874, 884) did not use the wording “local Armenian forces,” included the language “Nagorny-Karabakh region of the Azerbaijani Republic,” as well as expressed a clear support for Azerbaijan’s territorial integrity and demanded the immediate withdrawal of occupying forces from all occupied areas of Azerbaijan.

The fact that Kalbajar was invaded by armed forces of Armenia was backed up by a vast body of evidence on the ground, easily available to Western intelligence agencies. The above-mentioned investigation by Human Rights Watch also presented substantial evidence in this regard.

As Amb. Mérimée was watering down UNSC documents in favor of Armenia, an ethnic Armenian — Benon Sevan — was U.N. Assistant Secretary General with particular responsibility for Security Council. Sevan was later accused together with Amb. Mérimée for taking bribes from Saddam Hussein’s regime in the Oil-for-Food programme. It is not clear how much Amb. Mérimée’s advocacy for Armenia’s interests was influenced by his relationship with Sevan and Armenian lobby groups in France. Maybe one day he can bring some clarity to it.

After all, Amb. Mérimée’s strong pro-Armenian bias was also in line with diplomacy pursued by France — a country with one of the largest Armenian diasporas (around 500,000) in the world.

Because of Armenian lobby’s potential influence over French diplomacy, in 1997 Azerbaijan strongly objected to France’s co-chairmanship in the OSCE’s Minsk Group — main international body dealing with the conflict. To establish some balance in the Group, Azerbaijan insisted on and achieved the inclusion of the United States as a co-chair.

As recently as last week, at the behest of the Armenian lobby in France a resolution was introduced at the French Senate, which is expected to be put to vote today, Nov. 25. This non-biding resolution calls on the French Government to recognize the so-called “Nagorno Karabakh Republic”, which is a puppet regime established by Armenia in the occupied territories of Azerbaijan. Such recognition would not only violate the international law and the very foundations of the international legal system France helped to build after the WWII, it would also contradict France’s status as one of the mediators in the Armenia-Azerbaijan conflict.

Responding to a question from an Armenian activist in Paris last Sunday on why France does not intervene militarily in the conflict, President Emanuel Macron said:

“Under international law, Nagorno Karabakh and 7 adjacent districts are territory of Azerbaijan, as recognized by the United Nations. One cannot intervene without a request of a sovereign state.”

Despite much effort by the Armenian lobby and their allies, they cannot change the very simple fact that President Macron and before him President Putin of Russia enunciated: Nagorno-Karabakh and seven adjacent districts are an integral part of the Republic of Azerbaijan!

Hopefully, Armenia and its diaspora groups will gradually realize that the only road to peace and prosperity for Armenia and its future generations passes through good neighborly relations with Azerbaijan, not through the occupation of neighbor’s lands, driven by maximalist nationalism.

I am confident that with the return of forcibly displaced Azerbaijanis to Karabakh, not only justice will finally be restored, but also the peaceful coexistence between Armenian and Azerbaijani communities of the region will be reinstated and both communities will lift up the region together, as they did so for many centuries."