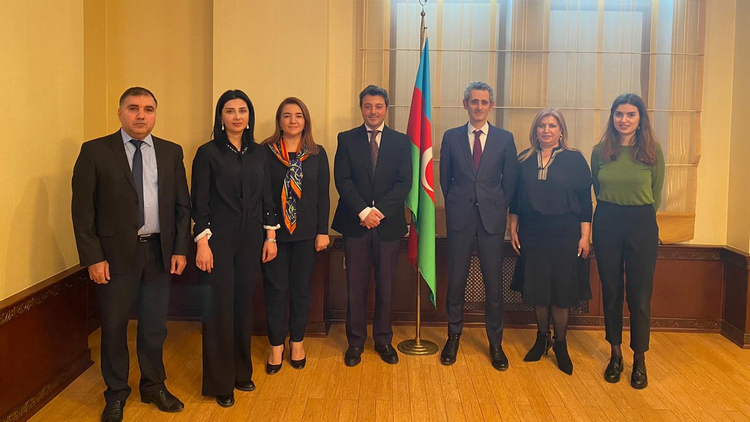 Meeting of French Ambassador to Azerbaijan Zakari Gross with the chairman of the Azerbaijani community of the Nagorno-Karabakh region, Tural Ganjaliyev, caused serious concern in Armenia, APA reports.

Armenians were mostly disappointed that Mr. Ganjaliyev's approach to negotiations between the communities made a good impression on the French ambassador.

Commenting on the meeting, drawing attention to France is Armenia's closest ally, Armenian political scientist Grant Melik-Shahnazaryan stated: “French Ambassador to Azerbaijan Zacharie Gross first meets with Tural Ganjaliyev, then twitting “I hope that next meeting will be in Nagorno Garabagh”, writes that Tural Ganjaliyev's approach evoke a good impression on him. You, too, France?”

Following, he stressed that the scene appeared as a result of the foreign policy pursued by Prime Minister Nikol Pashinyan and Foreign Minister Zohrab Mnatsakanyan, Armenia does not have any co-operator due to this policy, and such kinds of news do not surprise anymore. Noting Armenian diplomatic defense has been destroyed, Armenian politicians also stated the Azerbaijani Community of Nagorno Garabagh region, headed by T. Ganjaliyev has gradually become a political factor.

Generally, after the election of T. Ganjaliyev as a Chairman of the Azerbaijani community of the Nagorno Garabagh region in the beginning of this year, there is being felt livening up in the foreign relations of the community. Thus, during the year, the visit of Tural Ganjaliyev to Los Angels where Armenian diaspora is active, speaking about Armenian occupation by holding a series of meeting there, moreover, contacts of the chairman of the community with the deputies of European Parilament in Belgium is becoming a subject of discussion in Armenia. During the discussions, it is clearly felt that the activity of the chairman causes great concern in Armenia.