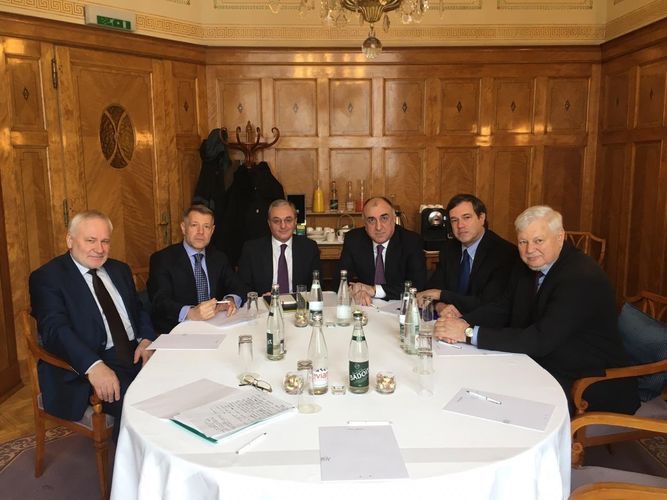 The next phase of meeting of Ministers of Foreign Affairs of Azerbaijan and Armenia has started in Geneva, Press Secretary of Armenian MFA Anna Nagdalyan noted on her Twitter page, APA reports.

She wrote that the meeting was attended by co-chairs of OSCE Minsk Group Igor Popov, Stéphane Visconti, Andrew Schofer and Personal Representative of the OSCE Chairperson-in-Office Andrzej Kasprzyk.

Remind that the first phase of the meeting between heads of Azerbaijani and Armenian MFAs took place yesterday. The meeting lasted for 7 hours.