Permanent representative: “Conduct of monitoring by Personal Representative of OSCE Chairman-in-Office is very useful and important” 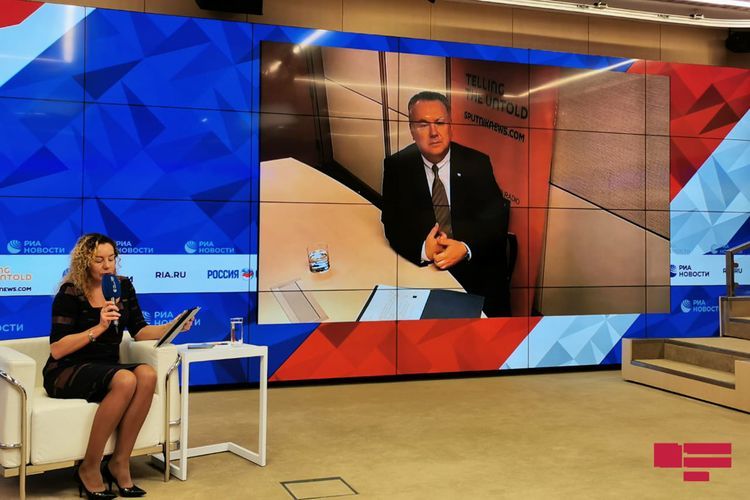 “I wouldn’t say that any progress has been made in the settlement of the conflict during this year”, said Alexander Lukashevich, permanent representative of Russia at OSCE during the Moscow-Vienna video conferencing held at “Rossiya Segodnya” information agency, the Moscow correspondent of APA reports.

“But the dynamics of the negotiations and non-use of force during this year give rise to optimism”, he added.

“As a personal representative of the chairman of OSCE noted, everything is not so solid on the line of contact of the troops. The monitoring mechanism of the personal representative of the chairman of OSCE is very useful and crucial. Russia and other participating countries support the observation mission to strengthen its capabilities by finance and human resources. We are reviewing such suggestions,” Lukashevich stressed.