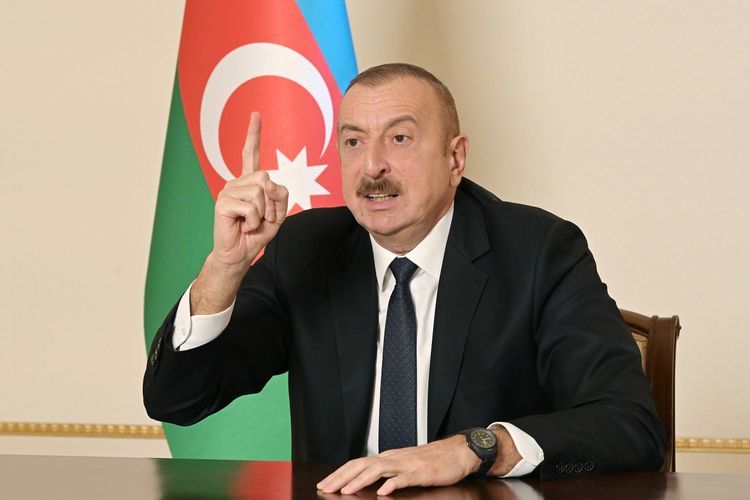 "I should also say that the return of Lachin district to Azerbaijan, especially the issue related to the Lachin corridor, has always been discussed as a very important and separate topic in the negotiations held over many years – for about 30 years," said President of the Republic of Azerbaijan Ilham Aliyev in his address to the nation, APA reports.

"In general, the Armenian side believed that the entire Lachin district should be given to them as a corridor. Unfortunately, some Western circles supported this position, which made Armenia's position even more irreconcilable, and one can say that the enemy became completely impudent. As a result, a very serious policy of settlement was carried out in Lachin district. Illegal settlement was also carried out in other places liberated from occupation, but not to the same extent, not in the same volume. For example, if we look at Aghdam, Fuzuli, Jabrayil, Zangilan and Gubadli districts, there were more military units there. All the houses and buildings there were destroyed by the hated enemy. Servicemen, members of their families and a small number of civilians used to live there. The Armenians brought from abroad were not sent there. Lachin district was very seriously taken under Armenian control and a very large settlement program was implemented there. Thousands of people lived there. According to some sources, about 10,000 people may have lived there. In other words, the Armenian leadership had no intention of returning Lachin district to Azerbaijan. When topics related to the Lachin corridor were raised during the negotiations, both Armenia and its patrons always noted that, no, Lachin district is a separate topic. Although we were not told this directly, there was always an opinion that Lachin district should be retained by Armenia in some form," the head of the state noted.