Putin: “Russian position on Nagorno-Karabakh has been resolution of conflict without bloodshed” 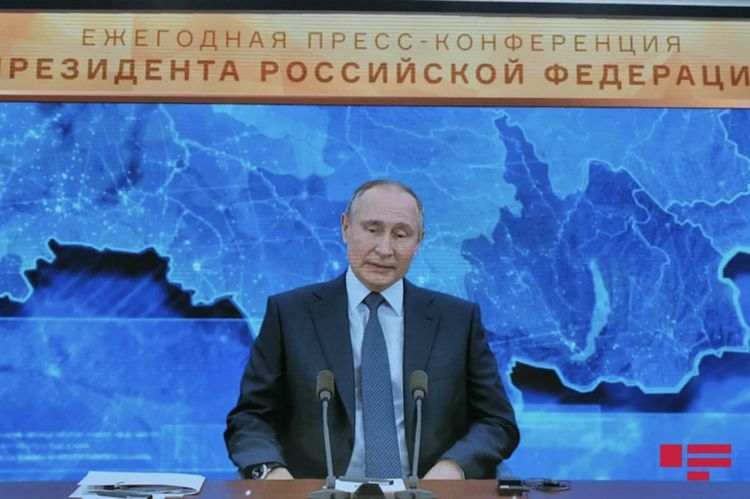 Russian position on Nagorno-Karabakh has been resolution of the conflict without bloodshed, said Russian President Vladimir Putin at the traditional annual press conference today, APA’s correspondent in Moscow reports.

Stressing the trilateral statement signed by Russia, Armenia, and Azerbaijan on November 9, 2020, prevented bloodshed in Nagorno-Karabakh as a result, V. Putin said that other issues are secondary: “Protection of health and lives of people was the main issue that we solved it.”

Russian President also commented on the clash between Armenian and Azerbaijani militaries in Hadrut settlement after deployment of Russian peacekeeping forces in Karabakh. He expressed certainty that the clash will be the only escalation after military operations.