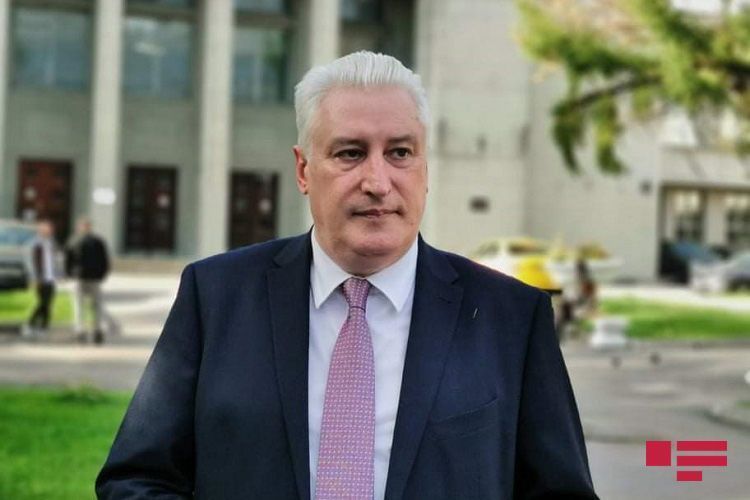 "The Azerbaijani army liberated the occupied lands by military means, solved the problem of restoring territorial integrity. Frankly, it must be admitted, few people assumed that the Azerbaijani army had a highly effective combat capability. In principle, we adequately assessed the potential of the Azerbaijan Army. At the same time, we well remember statements like “The Azerbaijani army will not be able to fight, it will not be able to achieve an effective military victory,” “Armenia, however, fights exclusively professionally and skillfully.” But life itself put them all in their place. We saw the army of the XXI century. Azerbaijani army fought with the army of the 1980s," said Igor Korotchenko, editor-in-chief of Russia's "National Defense" magazine, a well-known military expert in an interview with APA's Moscow correspondent.

He noted that the military victory of the Azerbaijani army was not only natural but also inevitable: "At the same time, we note that such a victory became possible due to the fact that the Azerbaijani state in recent years has been spending significant funds on the modernization and training of the armed forces. The role of the first person in the state is great here. In particular, in the post-Soviet space, top officials determine a lot. In this sense, I would like to especially note the consistent policy of Azerbaijani President Ilham Aliyev.

The President of Azerbaijan personally repeatedly visited military units, took care of the army, did everything to ensure that part of Azerbaijan's oil revenues were transformed into the country's military power. Considering that 20 percent of the country's territory was under the occupation of Armenia, this was necessary. All this gave excellent results. I think that in this sense the war in Nagorno-Karabakh, which is called the second Karabakh war, will go down in the history of world military art as a "drone war."

The expert noted that for the first time in world history, Azerbaijan, which is one of the parties to the war, used so many shock and reconnaissance unmanned aerial vehicles: "It is thanks to this that great success has been achieved. But I think that the main factor was the courage of the Azerbaijani soldier and officer, the literacy of the military command and, of course, the exceptional role of the Supreme Commander-in-Chief Ilham Aliyev. President of Azerbaijan Ilham Aliyev, as the head of state, as the Supreme Commander-in-Chief, showed the effectiveness of the existing model of power in Azerbaijan, how effective the Azerbaijani state is against the background of the generally ineffective, incompetent and corrupt Armenian regime."