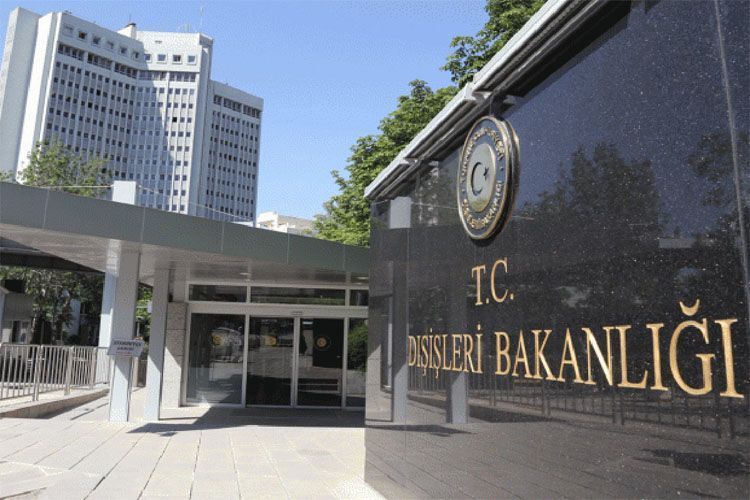 Official Turkey calls on OSCE Minsk group and all international organizations to boycott holding of illegal presidential and parliamentary elections in Nagorno Garabagh, the Ministry of Foreign Affairs of Turkey told APA.

Presidential and Parliamentary elections scheduled to be held on March 31, 2020, in Nagorno Garabagh region of Azerbaijan which is under occupation of Armenia, is a manifestation of unilateral attempts to legitimize the current illegal situation in Nagorno-Garabagh: “This step is a clear violation of international law, as well as UN Security Council resolutions and OSCE principles.”

The statement further said that the organization of so-called elections in the occupied territories is an initiative that undermines the path to peace and stability constantly, while negotiations in stages are being conducted within the framework of the OSCE Minsk Group to find a peaceful solution to the Nagorno-Karabakh conflict: “We invite the world community, international organizations, as well as the OSCE Minsk Group, not to recognize this election. Turkey rejects these illegal elections, which will organize violation of the sovereignty and territorial integrity of Azerbaijan in a new form. Turkey, as a member of OSCE Minsk Group, will continue to support the efforts in the direction of finding a fair resolution to the Nagorno-Karabakh conflict.”