Turkish President: “Captive Khari-bulbul is now free, and it will bloom even brighter” 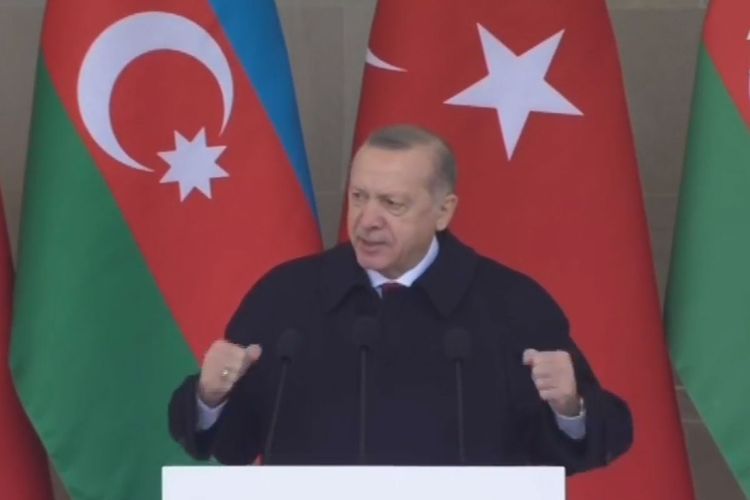 “As a result of selflessness of our martyrs Azerbaijan could restore its territorial integrity again. Azerbaijani lands have already rejoined waters of Tartar river, which have been longing for for years. Fog above the Shusha mountains is no longer anguished. Captive Khari-bulbul is now free, and it will bloom brighter,” said Turkish President Recep Tayyip Erdogan in his speech at the Victory Parade in Baku's Azadliq (Freedom) Square today, APA reports.

The Turkish President noted that Kondalan river will flow more abundant and breaths singing Karabakh Shikastasi will be stronger: “Today is a day when souls od Azerbaijan’s great poet Ahmad Javad’s, souls of brave heros of Caucasus Islamic army, Nuru Pasha, Anvar Pasha are happy. Today is a day of triumph and pride for all Turkic world. Karabakh is Azerbaijan. Karabakh has already rejoined with motherland, 30 years of longing ended. After that as Turkey and Azerbaijan our target is to fight in order to make these lands more livable.”