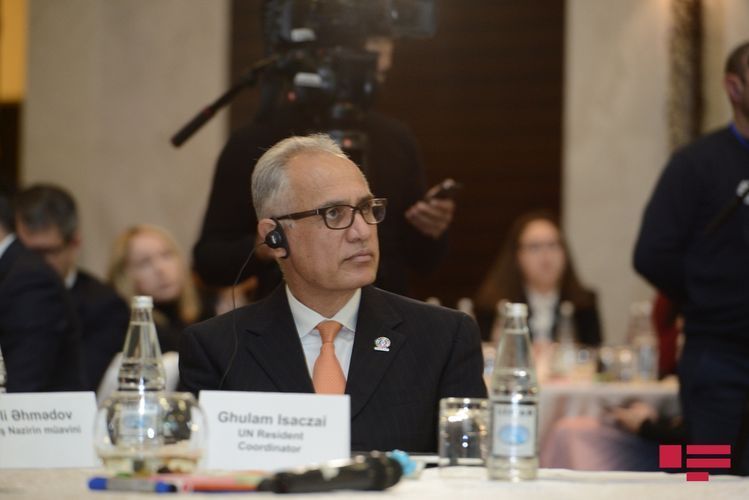 “We want the Azerbaijani community to return to their homes and birthplaces in Nagorno Garabagh," said Ghulam M. Isaczai, UN Resident Coordinator in the Republic of Azerbaijan, today at an event dedicated to the launch of the UN-75 initiative in Azerbaijan jointly with the ADA University, APA reports.

Ghulam Isaczai said that he also grew up in a conflict country and became a refugee and displaced person: “The blue flag of the UN also expresses hope today. UN tries to solve food and other problems of people who suffered from conflict. We want countries to solve their problems jointly.”