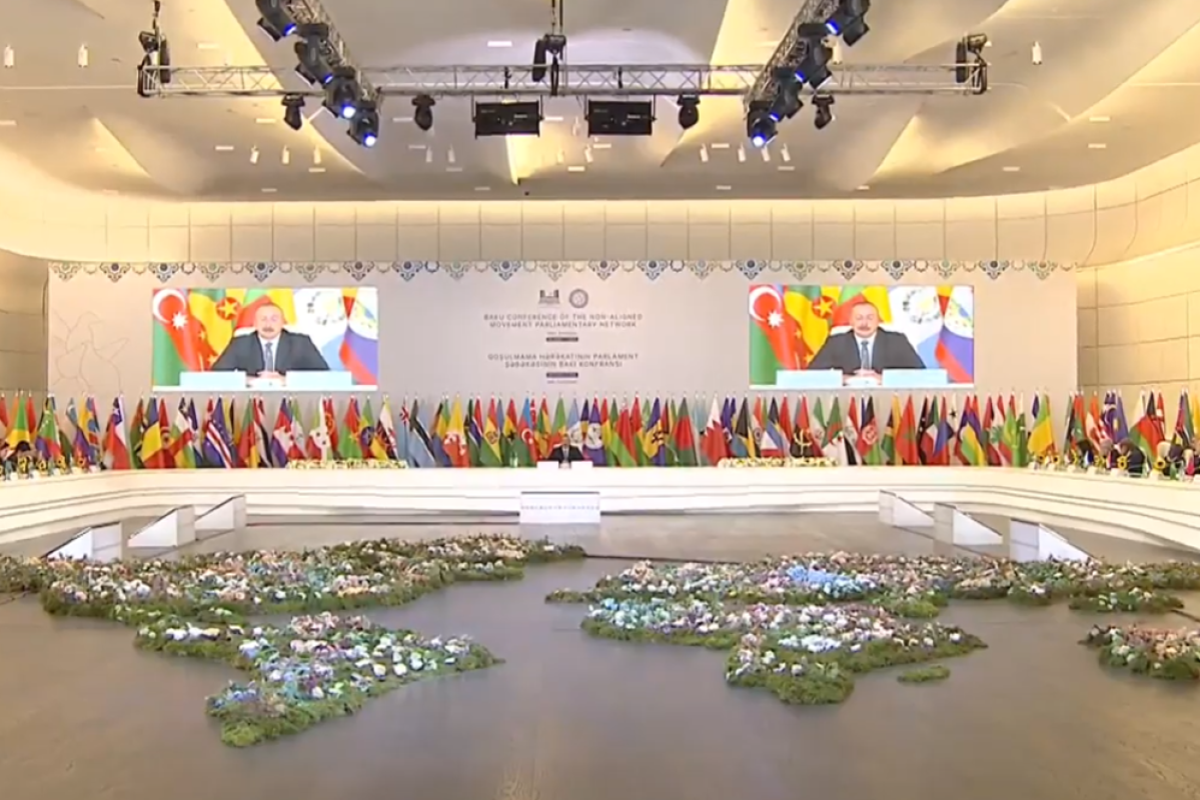 “Armenian occupiers have tried to erase the cultural and religious heritage of Azerbaijanis in occupied territories over 30 years,” President of Azerbaijan Ilham Aliyev said addressing Baku conference of the Parliamentary Network of Non-Aligned Movement, APA reports.

The head of state noted that Azerbaijan restored international justice by putting an end to the occupation and now everyone visiting the liberated areas can see with their own eyes vandalism committed against the religious and cultural heritage of Azerbaijanis.

“Occupation of about 20 percent of our territories by Armenia resulted with ethnic cleansing, 1 mln. Azerbaijanis became refugees and IDPs. Our historical and religious heritage was erased by Armenian occupiers. Now those who visit the liberated areas can see this- this barbarism, vandalism, defilement of our mosques, and destruction of our cultural and religious monuments with their own eyes. All of these are facts, regardless of how pro-Armenian the force is, no one can turn a blind eye to this. Their supporters try to neglect it, however, they can not ignore these facts. Because ten of thousands of people have already visited the liberated areas, this includes foreign visitors- politicians, parliamentarians, chairpersons of parliament, journalists, experts, and ordinary people. We put an end to this. We restored the justice, international law.”