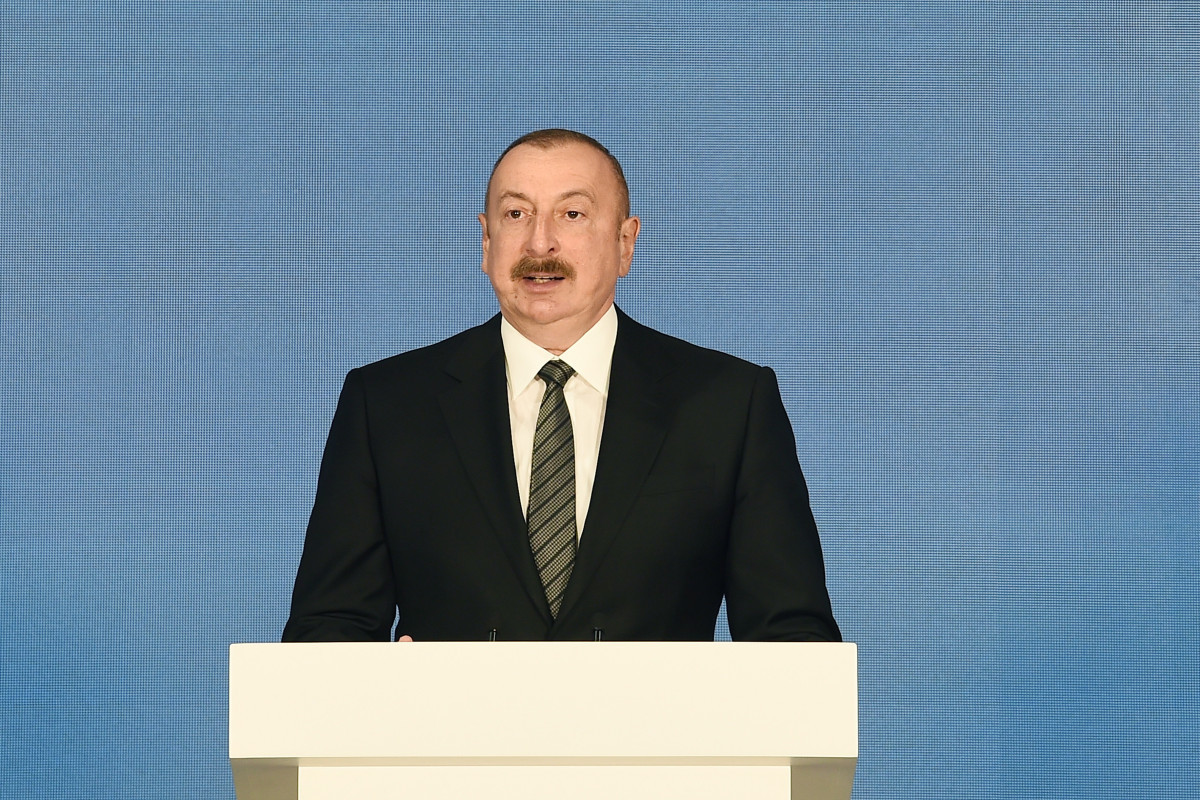 "Azerbaijan invested in its energy security during its independence years and fully met demands of the domestic market," said Azerbaijani President Ilham Aliyev in the opening ceremony of the 27th International Caspian Oil and Gas "Caspian Oil & Gas" 2022 Exhibition, which is the greatest event in the energy sector of the Caspian region, within the framework of Baku Energy Week today, APA reports.

The Head of state has noted that Azerbaijan plays a very important role in the provision of energy security in many countries.

"It was not so in the first years of our independence," President Ilham Aliyev has stressed.

The Head of state has added that the International Caspian Oil and Gas "Caspian Oil & Gas" 2022 Exhibition, which is already held for the 27th time, plays an important role in drawing the attention of global energy players to Azerbaijan.