Azerbaijani President: Our gas potential is not limited only with Shah Daniz, other fields are also very promising 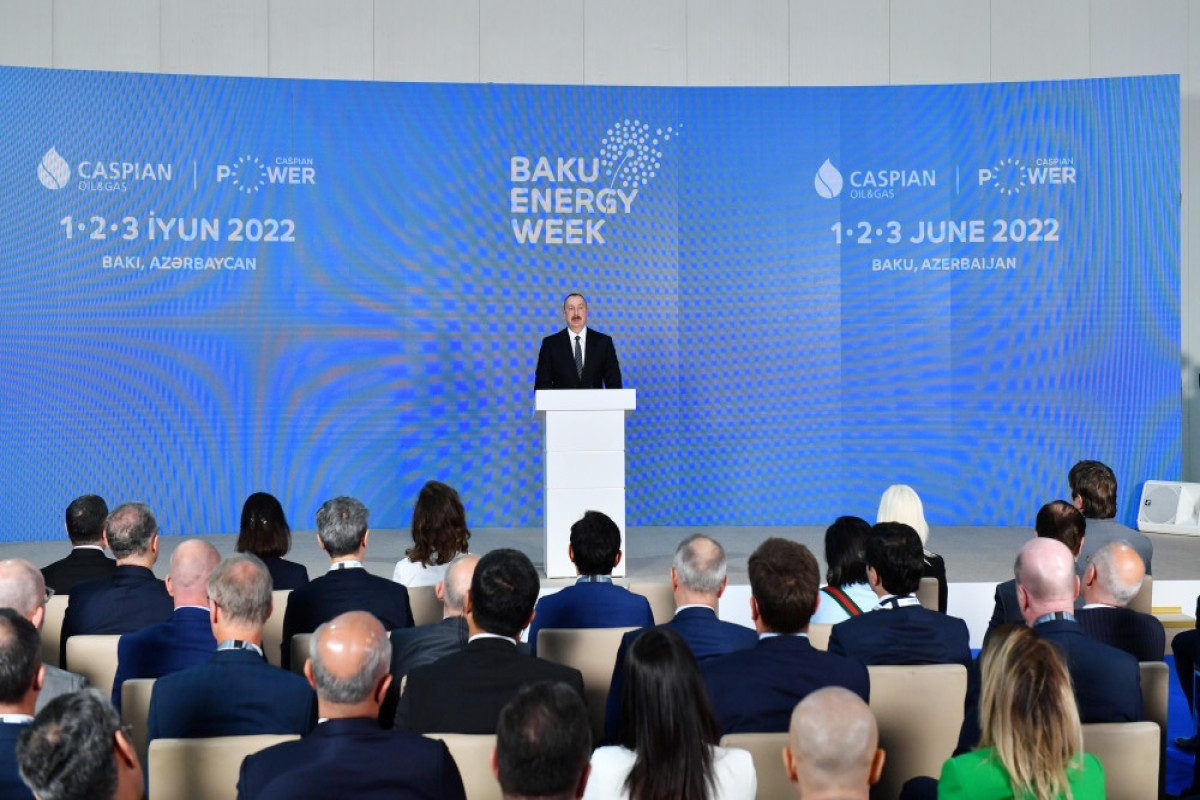 "So, that was surely the important milestone in the issues related to regional energy security and, of course, it is strengthened the regional cooperation between Azerbaijan and its neighbors-Turkiye and Georgia. But our plans were bigger than that and, of course, we wanted to be able to develop huge gas reserves of Azerbaijan. For that, of course, we needed a new pipeline, the pipeline I would say of the 21st century-the Southern Gas Corridor. And the Southern Gas Corridor`s successful completion on the last day of 2020 demonstrates our common will, demonstrates that we can work as a team, and we can achieve great success. So integrated pipelines system of 3.500 km crossing many countries, going on the seabed and climbing to high mountains is a demonstration of our potential and our friendship,"President of Azerbaijan Ilham Aliyev said at the official opening ceremony of the 27th International Caspian Oil and Gas Exhibition within the Baku Energy Week, APA reports.

"Therefore the energy projects which were initiated by Azerbaijan and at early stage created framework for regional cooperation now transformed into a global energy project. The Southern Gas Corridor is the project which we can be proud of, at the same time, it allows us to increase production from huge Shah Daniz gas condensate field, and it happens. It’s only one year and five months that Azerbaijan is using this brand new modern infrastructure to transport its gas reserves. But already the expansion of our presence on European continent with our natural resources is something which is needed for us and for our partners. We managed to increase the production and our export. Last year Azerbaijan exported 22 billion cubic meters of natural gas, this year the projection is 24, and the next year it will be even more. There can be different figures depending on the activity of production and also on activation of other fields which are situated in Azerbaijani sector of the Caspian Sea, because our gas potential is not limited only with Shah Daniz. Other fields are also very promising. Some of them will start production next year. So that will be an important contribution to energy security, especially now, when the demand for Azerbaijani hydro carbons is more than ever before. And we, as a responsible country take that into account and we try to support countries which due to different reasons face difficulties. Now corresponding structures of Azerbaijan are in permanent contact with growing number of countries. When we were working on implementation of Southern Gas Corridor we established a very close cooperation with countries through the territory of which the pipeline crosses and also international financial institutions and, of course, energy companies and governments of leading countries, and also European Commission. So annual meeting of the Southern Gas Corridor Advisory Council which takes place every February in Baku is a clear example of this team work. And when on February 4 this year, we had the annual meeting of the Southern Gas Corridor Advisory Council, we actually thought that the biggest part of our plans has already been implemented. The Southern Gas Corridor is already in operation. Now we need only to work how to build new bridges, how to build new connections into connectors, and how to expand our presence on European gas market.," said Azerbaijan's President.