Azerbaijani President: We support territorial integrity of Ukraine of all other countries 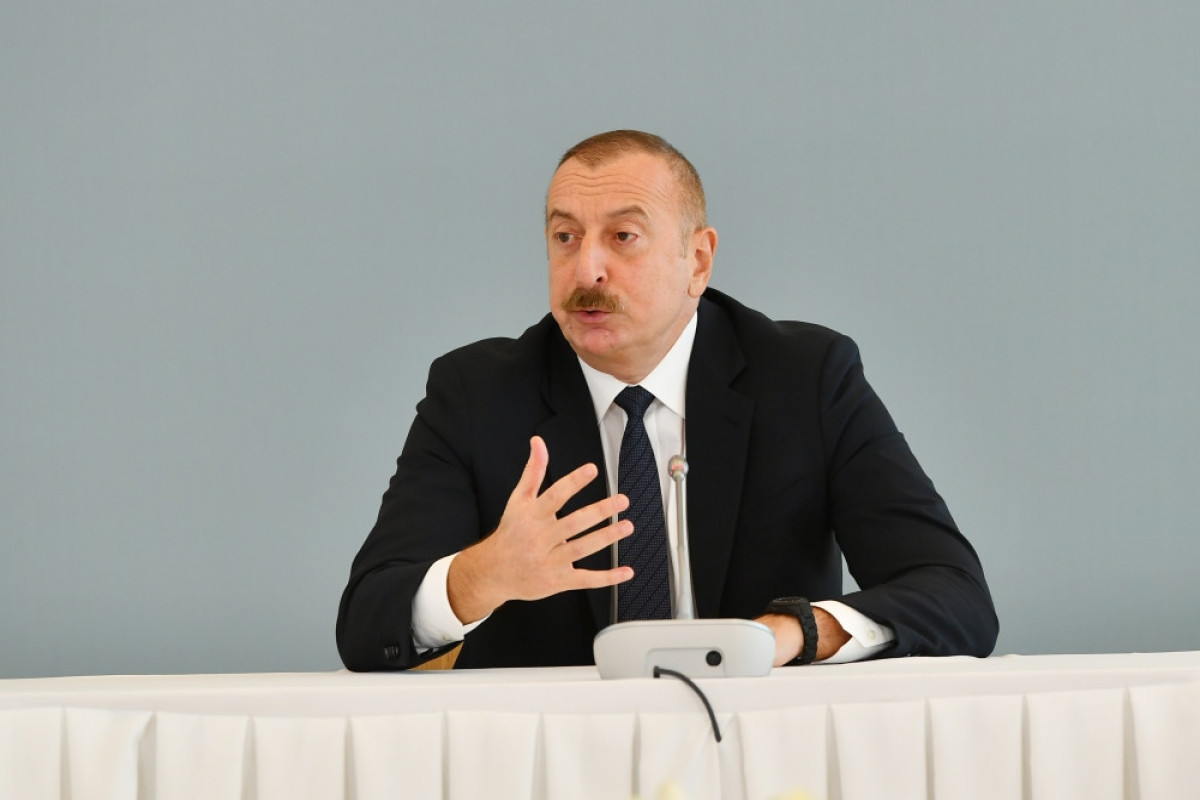 "We support the territorial integrity of Ukraine of all other countries, do it publicly, do not hide behind big trees," said President Ilham Aliyev as he made a speech at the international conference under the motto “South Caucasus: Development and Cooperation” held at ADA University, APA reports.

"We have good relations with Russia but with Ukraine, we have also good relations. And principles of international law should not be interpreted based on political preferences. We were always the subject of that because even before events in Ukraine always territorial integrity of Georgia and Moldova always was articulated very openly by the international community and when it came to us always there was a message go and agree peacefully, but how to agree peacefully with an aggressor who does not want to leave your territory. We tried and I tried for almost 17 years but we saw it is not possible and we saw that the more we want to do it peacefully the more aggressor becomes arrogant and aggressive. And they already started to frighten us for a new war for new territories and said things like Karabakh is Armenia. But now what do they say? Now they say Karabakh is Azerbaijan. And who said that the same people who before said Karabakah is Armenia in 2019. We created a new reality with our own hands and with our souls. So, that is what we experienced and I think what is important for every country for dignity, territorial integrity, and justice.