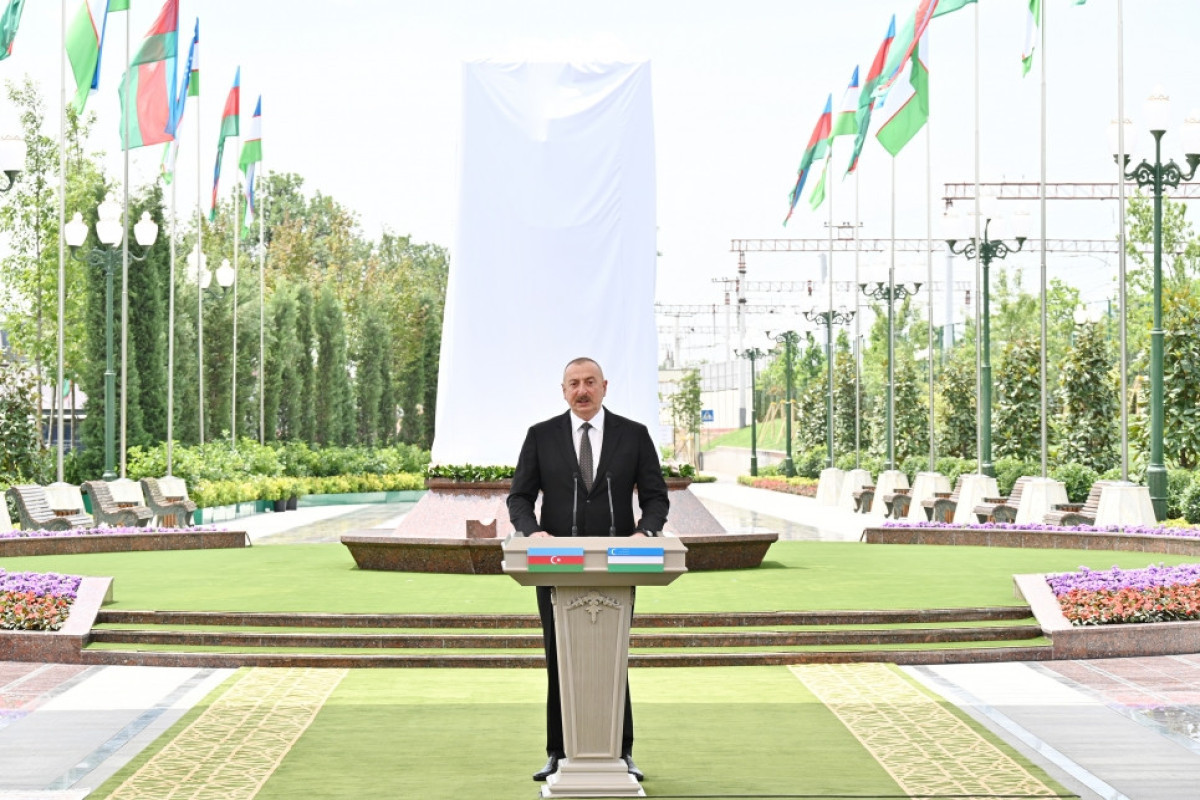 "As his son, I can testify to this as an eyewitness, and his friendship with Sharaf Rashidovich Rashidov in the 1970s was known to the entire Soviet leadership. In the 1990s, his friendship with Islam Abduganievich Karimov is also known to our peoples, and this was the basis of today's development of our relations. Shavkat Miromonovich and I are continuing to move along this glorious path. We are leading our peoples along the path of development and the path of close cooperation.

My state visit today is not only evidence of our intentions, but also evidence of the solid foundation of our fraternal and friendly relations. The attitude of Heydar Aliyev to the Uzbek people and Uzbekistan as a whole is very well known in Uzbekistan. Today we are very glad to see Uzbekistan under the leadership of my brother Shavkat Miromonovich as a powerful and independent state, leading an independent foreign policy, relying on its own resources, as a country that has achieved tremendous success in terms of socioeconomic development. It is enough to look at the statistical figures over the past five to six years to see how great successes Uzbekistan has achieved under the leadership of Shavkat Miromonovich in strengthening independence, defense capability, economic potential, solving social issues, and urban planning. We see this and rejoice in that as friends and brothers," noted the President.