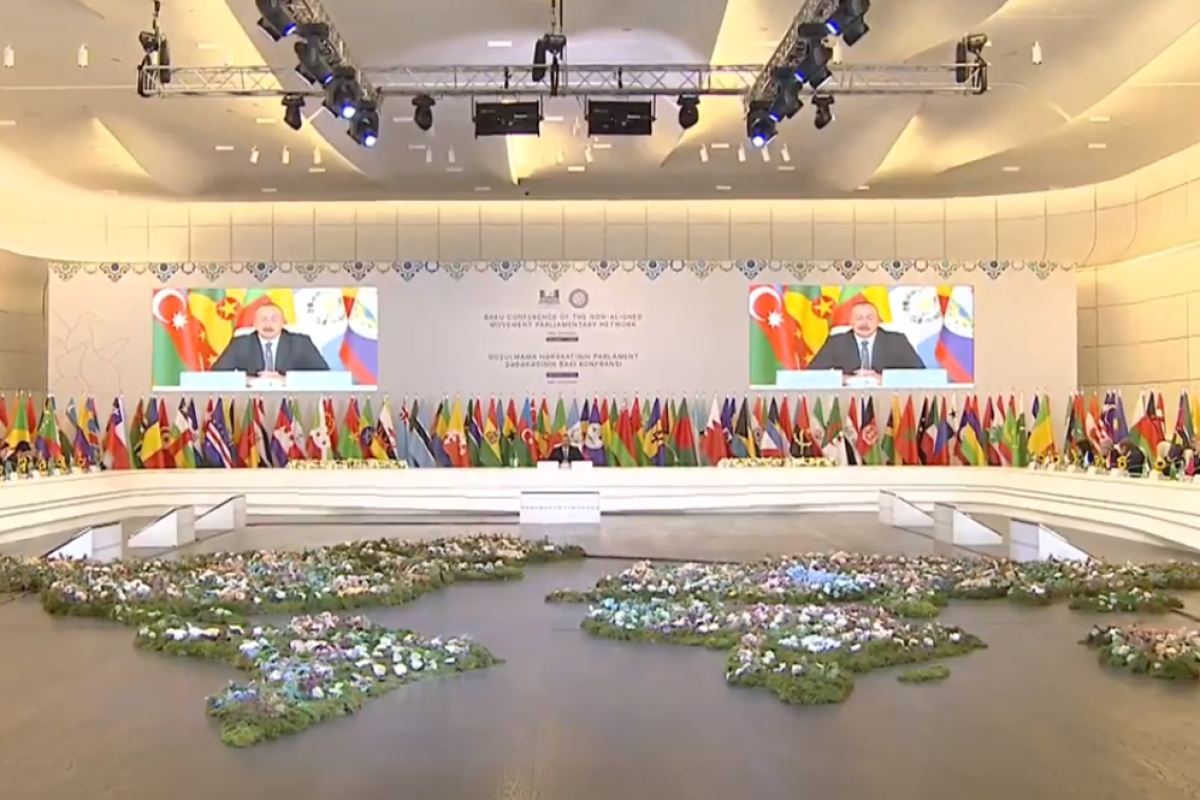 © APA | Baku conference of the Parliamentary Network of Non-Aligned Movement

"Azerbaijan faced great injustice for 30 years. We put an end to the injustice by liberating our territories from occupation," President of Azerbaijan Ilham Aliyev said addressing the Baku conference of the Parliamentary Network of Non-Aligned Movement, APA reports.

Noting that some countries conduct campaigns against Azerbaijan, slander with regret, President has said: "It was not just a verbal campaign and accusations, it manifested itself in another way. Some countries raised an issue in this regard in the UN Security Council. However, our friends in the Non-Aligned Movement prevented the attempt. Thus, Armenia's provocations against Azerbaijan at an international level were prevented. I express gratitude to you for it."