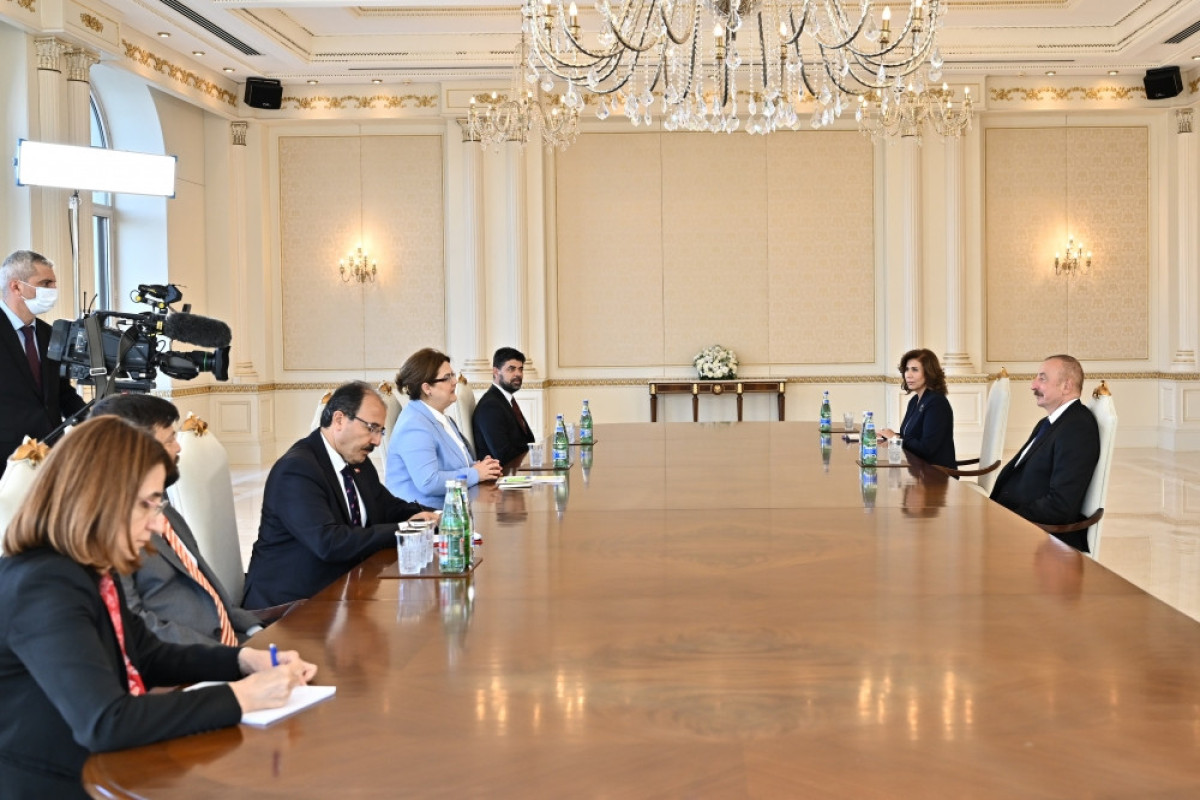 Derya Yanik conveyed greetings of President of the Republic of Turkiye Recep Tayyip Erdogan to the President of Azerbaijan.

President Ilham Aliyev expressed his gratitude for the greetings and asked the Minister to convey his greetings to President Recep Tayyip Erdogan.

The head of our state recalled with pleasure the telephone conversation with the President of Turkiye on 15 July, the Day of Democracy and National Unity. Noting that 15 July was a historic day, President Ilham Aliyev reiterated that the Turkish people had come out of this difficult test with dignity thanks to the efforts and leadership of Recep Tayyip Erdogan. President Ilham Aliyev also emphasized that Turkiye was currently on the path to development and there was stability in the country, which makes the people of Azerbaijan very happy.

Expressing her gratitude for the kind words, Minister Yanik said she was pleased to be visiting Azerbaijan and once again emphasized that she was very happy about the Karabakh Victory won thanks to the leadership of President Ilham Aliyev.

The head of state said that the unity and friendship between Azerbaijan and Turkiye had stood the test of time with dignity. Referring to the visit of a delegation headed by Derya Yanik to Shusha, President Ilham Aliyev noted that bilateral relations had reached the highest peak after the signing of the Shusha Declaration. The President of Azerbaijan stated that the signing of this Declaration in the sacred city of Shusha was of particular importance.

Then the head of state noted with pleasure that he and the President of Turkiye would participate in the opening of the Zangilan Airport.

President Ilham Aliyev hailed the successful development of friendly and fraternal relations in all fields, and expressed confidence that Derya Yanik's visit would contribute to the expansion of cooperation between the two countries’ relevant institutions.