Another “elections” fiasco of Armenia and the separatist regime - ANALYTICS 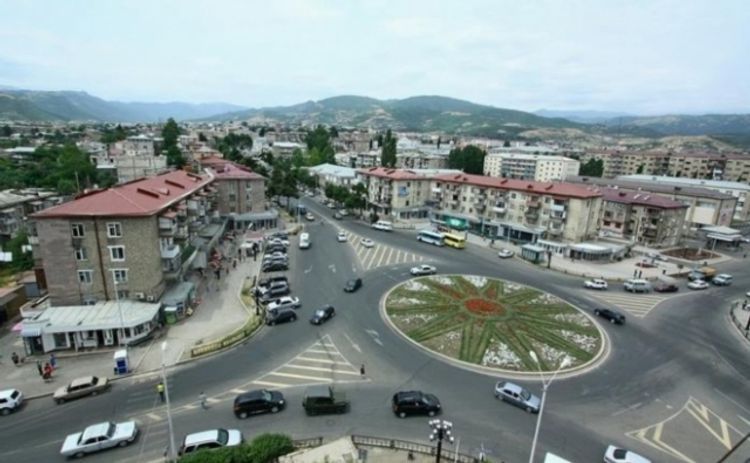 The OSCE Minsk Group co-chairs Igor Popov (Russia), Andrew Chauffer (USA) and Stefan Visconti (France), who are directly involved in resolving the Nagorno-Karabakh conflict, said they would not recognize the results of the “elections” held on March 31 in Nagorno-Karabakh. The mediators also stated that Nagorno-Karabakh was not recognized by either the co-chairing countries or any other country as an independent and sovereign state.

Another influential organization - NATO also announced its non-recognition of the election results in the "NKR". “NATO does not recognize the results of these“ elections ”as influencing the legal status of Nagorno-Karabakh and emphasizes that the results will in no way prejudice the final status of Nagorno-Karabakh or the results of ongoing negotiations on a peaceful settlement of the Nagorno-Karabakh conflict. NATO supports the OSCE Minsk Group, including the latest statement by the co-chairs on this issue, ”said James Appathurai, NATO Deputy Secretary-General for Political Affairs and Special Representative for the South Caucasus and Central Asia.

“This cannot harm the determination of the future status of Nagorno-Karabakh or the results of the ongoing negotiation process. The EU strongly supports the efforts of the OSCE Minsk Group and especially the co-chairs to achieve progress outside the “status quo”, to engage in constructive negotiations to establish a comprehensive and sustainable peace. The EU is ready to continue to support efforts for an early settlement of the Nagorno-Karabakh conflict by peaceful means, ”the statement said.

The Islamic Cooperation Organization (OIC) has also once again demonstrated a principled position and stated that it does not consider the “election” in occupied Nagorno-Karabakh legitimate. The statement said that the "elections" held in the occupied territory of Azerbaijan - in Nagorno-Karabakh, contradict the relevant UN resolutions.

“The OIC General Secretariat considers the“ elections ”held on March 31 in the occupied territory of Azerbaijan - in Nagorno-Karabakh contradicting the relevant UN resolutions on Nagorno-Karabakh. In the matter of conflict resolution, the OIC refers to the relevant decisions and resolutions of the Organization of Islamic Cooperation and the OSCE. These resolutions support the resolution of the conflict within the framework of territorial integrity and sovereignty, as well as the inviolability of the borders of the Republic of Azerbaijan, recognized internationally.”

GUAM, various countries - Iran, Germany, Great Britain, Pakistan, Turkey, Romania, Estonia, Ukraine, Georgia, Italy and others, making statements condemning this step, emphasized that the "elections" held by the separatists hit the negotiations and settlement process. In turn, the Ministry of Foreign Affairs of Azerbaijan and the Azerbaijani community of Nagorno-Karabakh also made statements and protested.

Thus, the attempt of the Armenians to hold “elections” in Nagorno-Karabakh and to give legitimacy to the separatist regime was not successful this time either. These “elections” once again showed that regardless of who leads Armenia, their disrespect for Azerbaijan and international law remains unchanged.

Another noteworthy point in this process was that the “elections” were more desired by Armenia, the Armenian leadership, specifically Nikol Pashinyan, rather than the separatist regime.

Otherwise, at a time when the coronavirus is rampant, thousands of people die every day from the virus, and the number of infections is growing exponentially, in Nagorno-Karabakh there would be no “election staging”, and “observers” from drowning in the coronavirus would not be sent crisis of Armenia.

What prompted Pashinyan, who urges everyone to stay home, send more than 300 “observers” from Armenia, where dozens of coronavirus infections and pandemic deaths occur daily, to Nagorno-Karabakh, where “so far no coronavirus infections have been detected”? It seems that Pashinyan, like the separatist regime in Nagorno-Karabakh, is not interested in the fate of ordinary people.

The greed for “elections” and the desire to maintain power are so high that they set themselves the goal of holding “elections” at all costs - even if people get into such a disaster as coronavirus. If the separatist regime, which conceals cases of coronavirus infection in Nagorno-Karabakh, so as not to postpone the “elections”, showed how unscrupulous and deceitful, then Pashinyan, sending to the region where there is no coronavirus, “observers” from Armenia, which is the center of the pandemic, showed so much hypocritical and greedy for power.

The aim is clear - immediately put the man Pashinyan at the head of the separatists. Otherwise, the Prime Minister of Armenia could completely lose control of Nagorno-Karabakh. However, N. Pashinyan does not understand that this made another wrong step. Keeping Azerbaijani lands under occupation by making territorial claims to neighboring states threatens the future of Armenia as a state.

From this point of view, one of the main and key conditions for improving the situation in Armenia is the withdrawal by Yerevan of its troops from the occupied lands of Azerbaijan. Because the future of this state goes through observing the principles of a neighborhood with Azerbaijan.