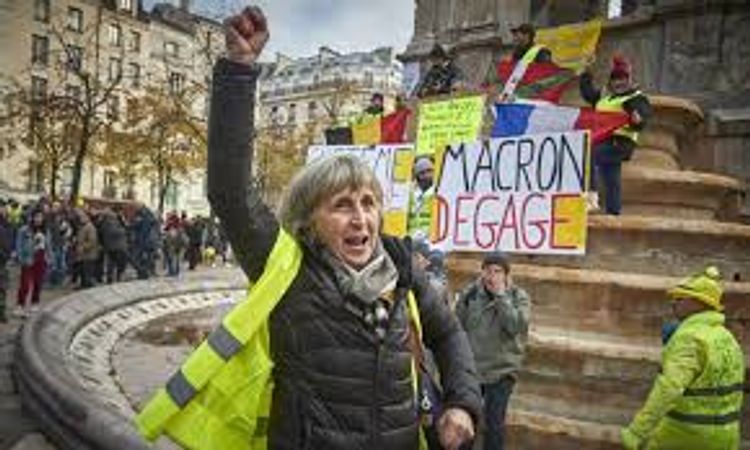 France is preparing for severe disruption as millions of workers go on strike in protest at being forced to retire later or face reduced pensions, APA reports citing BBC.

School and transport workers will join police, lawyers and hospital and airport staff in a general walkout.

Authorities have been trying to put in place plans to mediate the disruption.

The industrial action is expected to last beyond Thursday and some trade union leaders have warned they will continue their industrial action until Mr Macron abandons his campaign promise to overhaul the retirement system.

One opinion poll put public support for the strikes at 69%, with backing strongest among 18-34 year-olds.

The Macron administration will hope to avoid a repeat of the country's general strike over pension reforms in 1995, which crippled the transport system for three weeks and drew massive popular support, forcing a government reversal.

Interior Minister Christophe Castaner said on the eve of the strike he expected almost 250 demonstrations nationwide, some of which he said could turn violent.

"We know there will be lots of people in these protests and we know the risks. I have requested that systematically when there is rioting or violence we make arrests immediately," he said.

A number of yellow-vest protesters known as "gilets jaunes" said they plan to join the demonstrations.