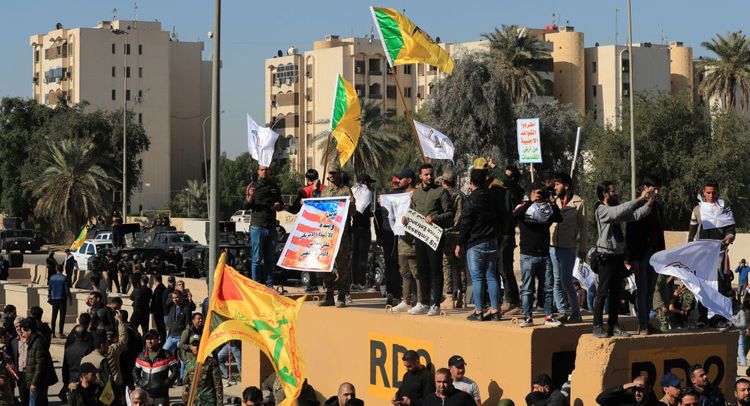 Former Obama-era undersecretary for political affairs, Wendy Sherman, lambasted Trump for his foreign policy, claiming that it has led to the attacks on the US embassy in Baghdad, APA reports citing Sputnik.

"It is President Donald Trump’s failed policy toward Iran that has brought us to this combustible moment," she wrote in a column for USA Today, adding that even “confronting Iran over its nuclear program and malign behavior elsewhere”, the US has “maintained an uneasy coexistence in Iraq, where Tehran holds considerable sway."

According to the former official, the working coexistence "was destroyed when Trump withdrew from the Joint Comprehensive Plan of Action, better known as the Iran nuclear deal."

She accused the president of "diminishing" the US state department and other government agencies that participate in the creation and administration of US foreign policy, and pointed at the outcomes in Iraq and Iran, as well as in North Korea, Afghanistan, Venezuela, the Middle East, Russia, China and Hong Kong.

“Having diminished our State Department, intelligence agencies and military, the very institutions that could have helped him construct an effective national security and foreign policy, he is now on his own," Sherman pointed out.

The Pentagon has been forced to step up security in areas around the US embassy in Baghdad, dispatching an additional 750 troops, following the attacks on the compound. Security guards fired tear gas to clear protesting crowds, some of whom were attempting to climb the compound walls, following the peak of unrest on New Year’s Eve in response to recent American airstrikes against the Iraqi Shia Kata’ib Hezbollah militia. On 31 December, Iraqi protesters set fire to fences around the US embassy in Baghdad and continued to the checkpoint, smashing windows and battering doors along the way.

Iraqi security forces have regained control of the area around the embattled compound, as protesters were pushed away from the entrance to the embassy on Wednesday evening.

Trump on Tuesday accused Iran of orchestrating the attacks at the US embassy in Iraq and warned Tehran that it would be held responsible. Iran has rejected the accusation as “empty”, and has called on the White House to abandon its “destructive policies” in the Middle East.