Which factors necessitated implementation of extraordinary parliamentary election? - COMMENTARY OF THE DAY 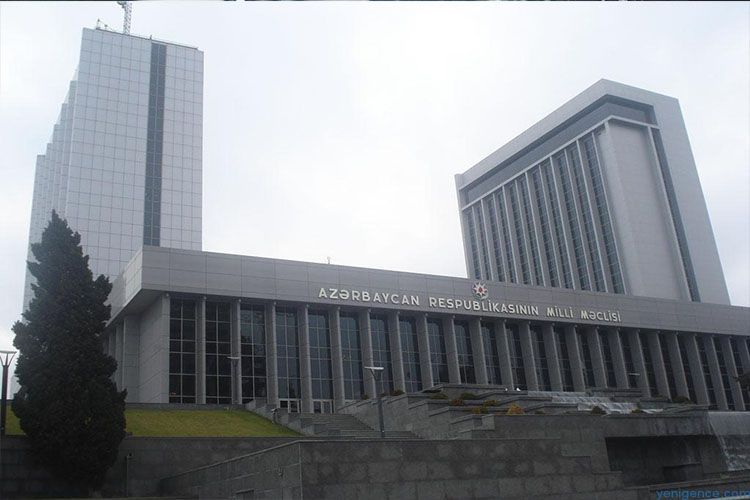 In fact, although this decision of NAP was unexpected for the wider community, the political experts noted long before this decision that some initiated processes pointed at an extraordinary parliamentary election.

The serious reforms have been started in the country. Just against the background of these reforms and with the purpose of achieving positive change in the political area, the necessity arose for re-establishment of the legislative body in addition to the executive structure. The present membership of the Milli Mejlis in no case could come forward with the mission of supporting the reforms. It should be taken into consideration that against the background of the changes introduced in the Presidential Administration and the Cabinet of Ministers, the silence ruling in the Parliament drew attention.

The matter is that President Ilham Aliyev can personally treat critically the processes taking place in the country and show the causes of the problems without anticipating somebody’s reaction and criticize strictly. In fact, the rhetoric of the last speeches of the country’s leader is accepted very positively by the wider community and by public opinion.

In contrary to the persons wishing to oppose the government, the President touches upon the specific problems, mentions deficiencies, and assigns tasks regarding the ways of solution to the problems.

Shortly speaking, the country gets renovated, and this renovation couldn’t be implemented in full sense without actual support of the legislative body. The Milli Mejlis couldn’t raise a legislative initiative according to the new circumstances. It is not occasional at all that the most international critics were related just to the weakness of the Parliament. In addition to the Members of the Parliament understanding their responsibility, there are also quite a great number of non-adequate MPs in the Parliament who voice the annoying statements without distinguishing between the events occurring in the country.

From this point of view, new elections do not pose any threat to strict and adequate deputies. They have a chance of winning the elections again.

Milli Majlis will be just a past for the Deputies, who are always mentioned in the scandals, far away from Parliament. Let us stress that it would be impossible to carry out serious reforms with the deputies, who fulfilled their confidence limits, in any way. Thus the adoption of several new laws is essential for there reforms.

A point should also be paid attention. In fact, the discussions on new parliamentary elections were underway long ago. Thus, after the last – extraordinary presidential elections, such theses were sounded. It is clear that the social-political condition of the region is getting more intensive. The process affects Azerbaijan too. Azerbaijani Parliament is not ready for unexpected situations. Experts proposed to Milli Majlis to hold new and reliable elections as a solution. Generally, the analysis of the social-political condition of the situation in the region shows there appeared a necessity of new parliament, besides structure and staff reforms.

President Ilham Aliyev demonstrates a completely new political course – he pardons the people, who are called “political prisoners” by law defenders, spends more time on direct contact with people, and achieves the formation of a limit of confidence to the Government. It seems more logical to hold elections in such rising waves and pledges for success for the head of the state in new parliamentary elections.

On the other hand the government this time has also caught the opposition without preparation. The opposition which is involved in internal quarrels will not be able to properly prepare for the elections. Actually, the reality is that the opposition does not have a potential “to prepare properly”.

The participation of the opposition who is on the agenda of social media only with gossips and rumors at the election which is a very hard and systematic process does not seem realistic. The main purpose of the political party in preparation for the elections. If the party is not able to prepare for the election, it is not the fault of the government. In any case, the new parliamentary election will regulate political relations alongside with supporting reforms. In terms of the democratic fight, a new parliamentary election is important. Azerbaijan has chosen path of evolution in all its development and new parliament should closely assist in this process.