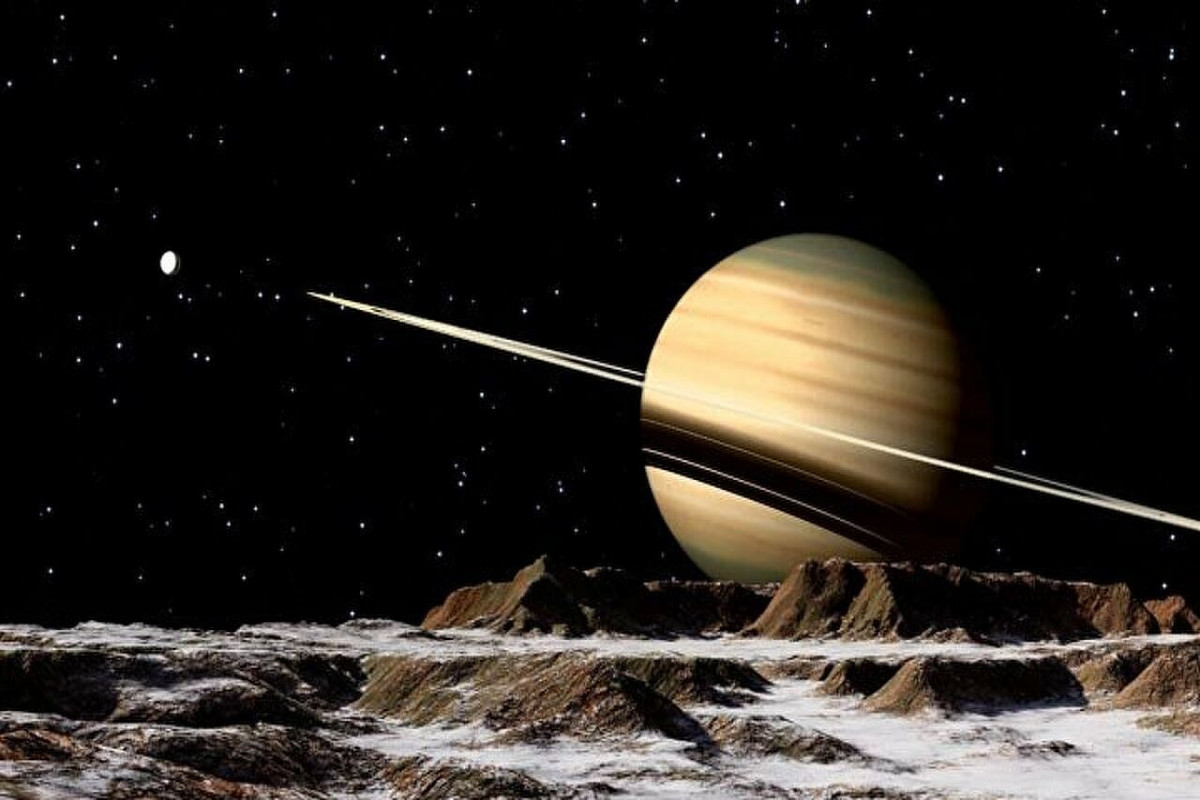 According to a study by a team of scientists published in the journal Icarus, Saturn's mini-moon Mimas may have a "liquid water ocean beneath a 24-31 km thick ice shell", APA reports citing Sputnik.
The Cassini spacecraft, in the last days of its mission, detected libration, a wobble in the satellite's axis of rotation that could indicate geological activity capable of supporting an interior ocean. If this is confirmed, then Saturn's "Death Star moon" will represent a new class of ocean worlds with a surface that does not possess any external signs of the existence of huge volumes of liquid water.
Worlds with interior oceans are called Interior Water Ocean Worlds (IWOWs) and tiny Mimas will join the likes of Europa, Enceladus, and Titan, meaning that the list of IWOWs in our solar system is growing.
Mimas' surface is covered with craters, so the scientists did not believe there could be an ocean present. On Enceladus and Europa, the icy surface is cracked and has other signs of geological activity.
Each time scientists discover another IWOW, it brings up the possibility of life on a planet, there needs to be an active interface between water and rocks. Mimas' density suggests if there's heat, then interactions between water and rocks can supply the necessary ingredients for life.
Cassini is a space probe named after Italian-French astronomer Giovanni Cassini and is part of the Cassini-Huygens space-research mission that studies Saturn. Cassini was launched on 15 October 1997 and ended its mission on 15 September 2017.