“We were late for 4 hours, Wuhan locked down, we could not leave” – Azerbaijani student from the “death city” - EXCLUSIVE 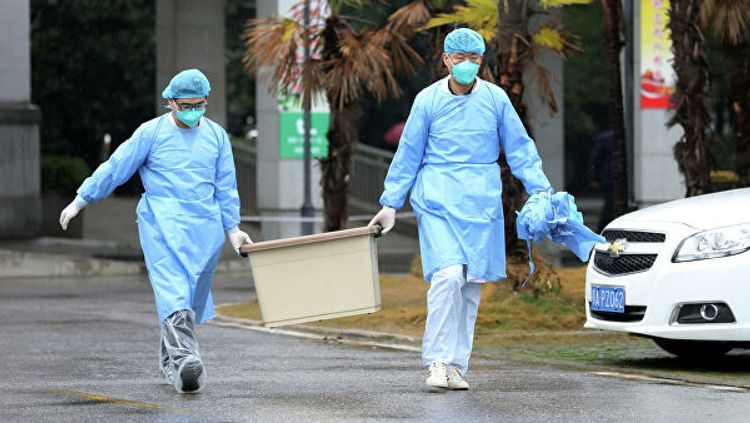 Exclusive interview of Azerbaijani doctoral student from the “death city” Wuhan to Lent.az

“The Chinese government has recommended us not to leave home if there is not a necessity. In fact, going out to the city is unnecessary, as public transport does not work, everywhere is closed. Entry and exit of the city have been locked down”, Leyla Guliyeva, who has a doctorate at the Huazhong University of Science and Technology of China and studies in Wuhan city, which is in the focus of attention of the whole world and hit by a terrible coronavirus, told Lent.az.

According to Leyla Guliyeva, indeed, a few days ago, on January 25, it was announced the city would be locked down after 4 hours, the people are told to leave Wuhan as possible as they can.

“But me and several Azerbaijanis could not leave the city as we heard the warning late. No Azerbaijanis infected yet. We are at home, do not leave home for the street.”

According to our interlocutor, there is not any problem related to the provision with food. Both local Mayor, their university, and Azerbaijani Embassy to China render any assistance to them from this point of view.

“Government has switched to enhanced working mode currently. The people, remained in the city, are regularly trained. For example, we are asked to wash our hands several times during a day, disinfect our hands with alcohol, and change our clothes. We are obliged to do all of these. We will stay here or return to Azerbaijan, we are expecting the official decision in this regard. However, I should also note a point that my University asks not to hurry and wait for a little.”

Leyla Guliyeva also noted that although the situation in Wuhan is bad, it is not as disastrous as it is written by the world media.

“Number of dead people is not more than official figures and do not believe in exaggerated figures. It is a flu symptom. The Chinese government does its best to prevent epidemic disease. Most of the people, died of the disease are older people. There are not any young or children among the dead. It is related to the weak immune system in older people. We hope the disaster will pass by”, she said.