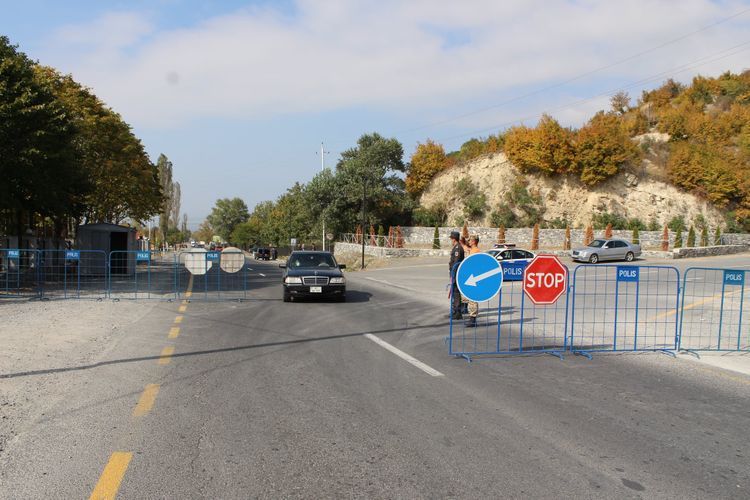 Police and employees of the Internal Troops are working on the enhanced mood in Shaki in regard to the quarantine regime, Shaki regional group of Press service of the Ministry of Internal Affairs told APA.

According to the amendment to the decision of the Cabinet of Ministers "On additional measures regarding the special quarantine regime", posts have been set in the entries-exits of Shaki city and Kish village of district from 00:00 a.m.

Service is delivered by the employees of Shaki city Police Department and soldiers of Internal Troops in the enhanced regime in these posts, as well as in the city and Kish village. Entry-exit of automobiles has been suspended in the posts, excepting operative and special transportation vehicles, as well as cargo cars. Joint raids are organized by police employees and military servicemen in large markets, public catering facilities, and passenger transportation means in the city. Prophylactic talks are held with those, who do not keep social distance and do not use a medical mask, and they are said that these measures are aimed at the maintenance of their health. Despite warnings and conducted enlightening talks, measures, relevant to law, are taken on those who continue violating rules.

Note that café, restaurant, and other public catering facilities will deliver service until 9:00 p.m. during the period.