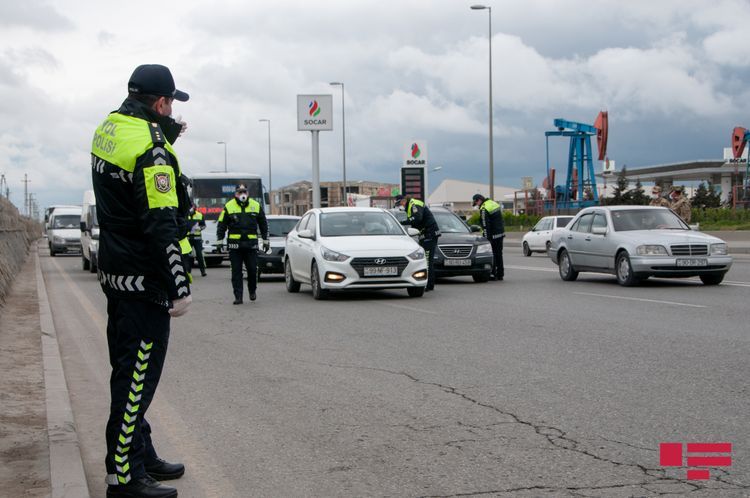 He said that 550 cars, came from regions and tried to enter Baku, and 350 cars, wished to go regions from Baku were returned from posts.