Chief physician of the Modular Hospital in Zigh detained 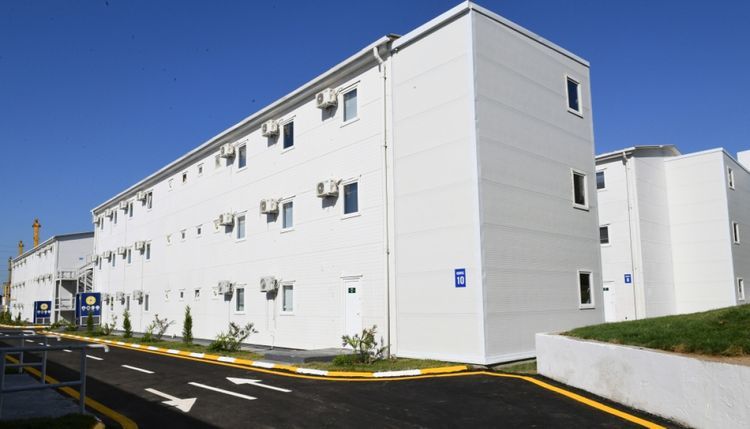 The illegal actions of the chief physician of the Modular Hospital of the Medical Center of the Ministry of Emergency Situations, Agayev Imran Ali Aga oglu, have been exposed, Press service of the Prosecutor General's Office said, APA reports.

According to the Prosecutor General's Office, investigative and operational measures carried out on the basis of the information received by the General Directorate for Combating Corruption.

As a result of taken measures, solid suspicions were revealed that the chief physician of the modular hospital of the Emergencies Ministry Medical Center Agayev Imran Ali Aga oglu, having entered into a conspiracy with the registry staff of the medical institution, Orujov Gulu Ilgar oglu and Imanli Taleh Movlamerdi oglu, took bribes for placing patients with coronavirus in the hospital, as well as in return for providing patients with a higher level of medical services.

I. Agayev subsequently shared the funds received with his intermediaries.

The chief physician and his accomplices also took bribes for placing covid patients in the 15th building of the medical institution, which is considered the "VIP-building".

On the fact, a criminal case was initiated against Agayev Imran and Taleh Imanli under Article 311.3.1 (bribe-taking by a group of persons on a large scale) and other articles, a measure of restraint in the form of arrest was chosen by a court decision. Gulu Orujov was detained as a suspect in committing the same illegal actions.