Eldar Sultanov: "People spreading rumors about coronavirus will be brought to responsibility" 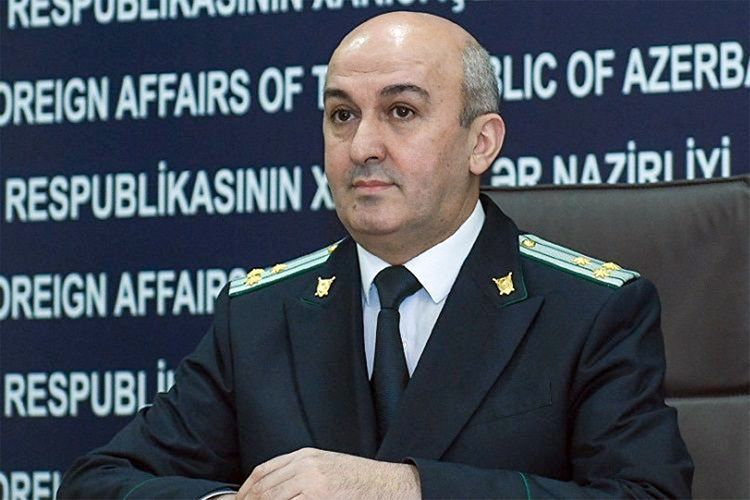 "Despite of constant provision by the Operative Headquarters under the Cabinet of Ministers in coordination with the concerned state authorities including TABIB and the Health Ministry to the wider community of the information about the preventative and prophylactic measures in the area of prevention of spread of the mentioned virus, as well as the number of the people infected with the virus and taken under quarantine, their treatment and other taken measures, some mass media outlets and individual social network users not drawing conclusions from warnings of the Ministry of Internal Affairs and the General Prosecutor’s Office, disseminate rumors not reflecting the truth and designed for creation of artificial agitation in the society”, said the head of the press service of the General Prosecutor’s Office Eldar Sultanov in his interview to “ASAN Radio”, APA reports.

He said the mass media outlets including social network users pursuing the goal of instillation of wrong idea in the wider public and deliberately implementing dissemination of information of such a category have been warned once again: “If they continue to commit such unlawful actions in the future the taking of the strictest lawful measures against them including the bringing them to the criminal responsibility will be ensured”.

Eldar Sultanov providing information about punishment of the persons disseminating information serving for infusion of wrong idea, added that the voice recording in regard to the alleged death in the hospital of the person infected with coronavirus was disseminated a few days ago in some mass media outlets and social networks by the persons interested in creation of artificial agitation in the society: “As that information serving for instillation of wrong idea in the wider public didn’t reflect the truth, it was immediately refuted by us. At the same time, during the conducted investigations it was revealed that the mentioned person had died in the hospital due to lungs’ pneumonia, and this was informed to the wider public, and the mass media outlets having disseminated that information were officially warned according to requirements of the Law of the Azerbaijan Republic “About Prosecutor’s Office”. Availing from this opportunity, in the end, on behalf of the General Prosecutor’s Office of the Azerbaijan Republic, I call on our citizens not to believe in such false information and to take into consideration only the official information of the authorized state agencies”.