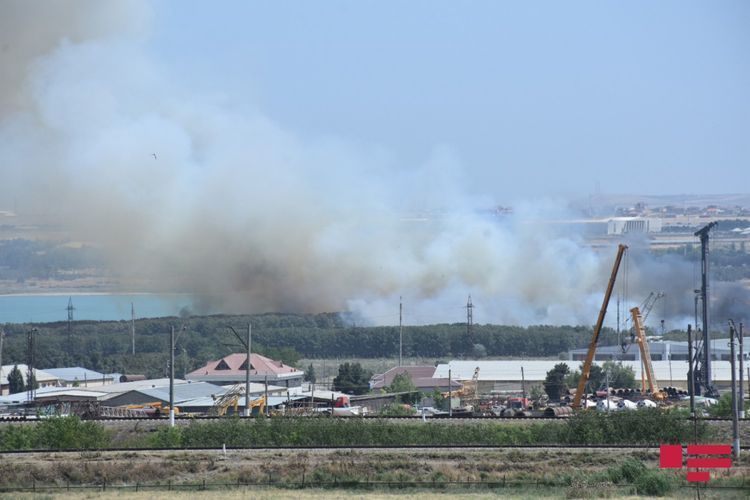 Fire that occurred in the field of dry grass and bushes nearby Jeyranbatan reservoir in the territory of Absheron district was extinguished by the forces of the Ministry of Emergency Situations at 15:38, APA reports citing the website of the Ministry.

A fire has broken out on the area of approximately 2 ha covered with dry grass and bushes burning near Jeyranbatan water reservoir in Absheron region, APA reports citing the Ministry of Emergency Situations.

The urgent and emergency measures are being implemented against the fire by involving the manpower and equipment of the State Fire Protection Service and the personnel of the Civil defense troops. The fire has been taken under control and its spread has been prevented.

The fire extinguishing works are being continued.

Additional information will be provided.