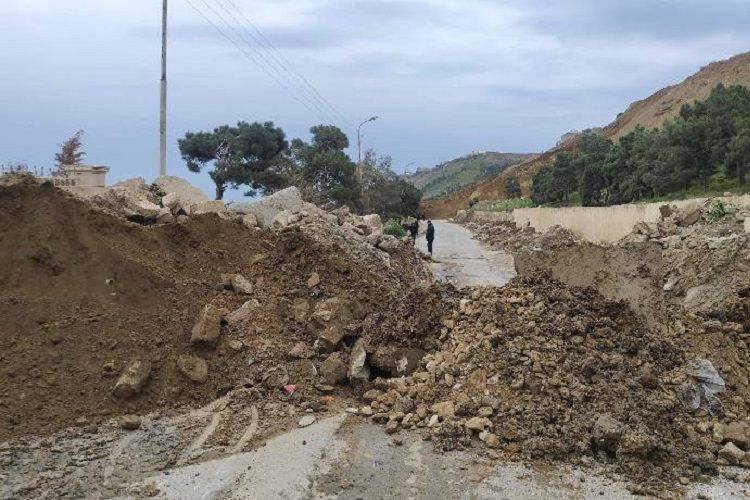 “The incident which occurred in the evening on February 16 in Badamdar settlement is not a landslide but a collapse”, said Sadig Amiraslanov, head of the team engaged in study of exogenous geological processes under Complex Hydrogeology and Engineering Geology Expedition of Ministry of Ecology and Natural Resources in his statement to APA.

He said he conducted a visual examination of the territory today in the morning: “As a result of the incident, a soil mass of 20 meters in width tore off the slope and fell on the road. The incident resulted from anthropogenic factors”.

S. Amiraslanov said 3 dwelling houses are situated on that territory: “The soil mass hasn’t at all reached one of these houses, and has leaned against the second house. The deformations have developed on the walls of just one house”.

Note that on February 16, a landslide occurred at the address of building #179 C, the 3rd residential area, Badamdar settlement, Sabail district, Baku City. As a result of the landslide, 1 house was damaged. The soil layer arising from the landslide blocked the road.