Psychologists, arrived from Turkey, deliver psychological assistance to 1,400 people, suffered from the war 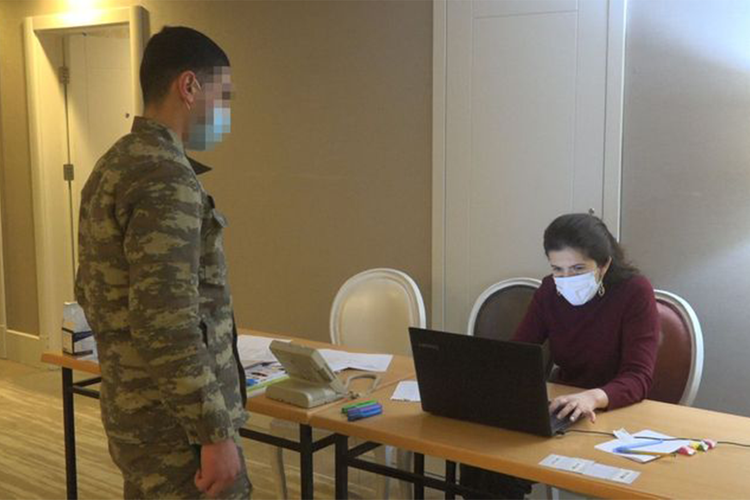 Clinic-psychologists and psychotherapists, arrived from Turkey with the invitation of the Ministry of Emergency Situations (MES), continue psychological rehabilitation of our citizens, as well as children and teenagers, experiencing moral-psychological problems as a result of the Patriotic War with specialists of the MES, APA reports citing MES website.

The psychotherapeutic rehabilitation of our citizens, who physically-morally suffered from the war and Armenian terrorism, has been started from April 5 in Lankaran city covering Republic's southern region. About 1,400 participants of the Patriotic War, gazi, members of martyr family, and others, suffered from Armenian terrorism, as well as about 120 children and teenagers, registered through MES's 112 Call Center for specialists' examination, have been provided with relevant assistance in Baku, Ganja, Barda, and Lankaran cities over the past period.

Assistant to President and SBS Chairman visit border with Armenia