Remains of bodies of 12 persons, killed by Armenians during occupation of Kalbajar, detected 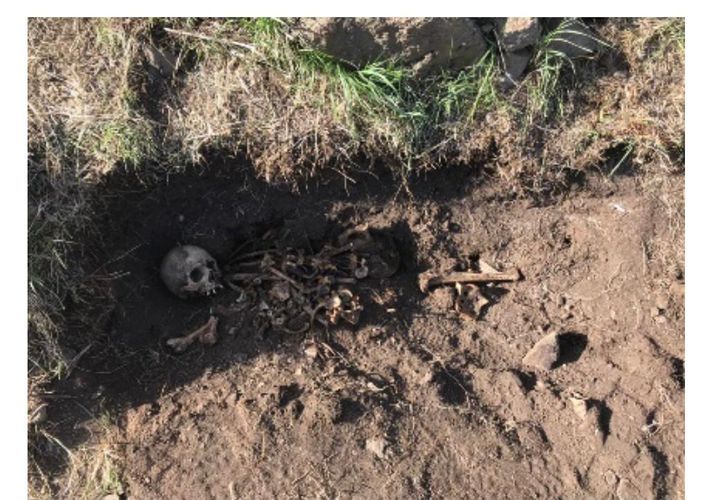 As reported earlier, the Prosecutor General's Office launched a criminal investigation into the mass burial of civilians brutally massacred in April 1993 by the Armenian armed forces in Bashlibel village, Kalbajar district. Intensive investigative actions are ongoing, APA reports citing the Press Service of the Prosecutor General's Office of the Republic of Azerbaijan.

The criminal investigation revealed that along with other regions of Azerbaijan, in April 1993 especial ruthlessness and cruelty were demonstrated by the Armenian Armed Forces towards the civilian population in Bashlibel village, Kalbajar district.

According to the investigation materials, before the occupation, Bashlibel village with a population of 1996 people, 259 individual houses, 1 secondary school, 1 kindergarten, and 1 hospital was one of the largest villages of Kalbajar district. The village with an area of 3232 hectares was located at the confluence of two mountain rivers, at the foot of Dalidagh mountain at an altitude of 2000 meters above sea level, 64 km from the district center.

It was established that on April 3, 1993, the Armenian Armed Forces attacked Bashlibel village, looted and burned the houses of the villagers. 62 persons who could not leave the village took refuge in natural caves in the mountainous terrain called "Portda", located at the highest part of the village, about 3 km away. Out of 62 persons, 48 were villagers from Bashlibel, 1 - from Takhtabashi, 4 were residents of Lachin district, and 9 were servicemen defending the village.

Not content with the atrocities committed, on April 18, 1993 the Armenian armed forces equipped with automatic and large-caliber weapons searched for and found unarmed civilians harboring in the rocks in their home villages. From 3 to 9 p.m. that day, they began firing on caves where helpless civilians were hiding. As a result, 12 unarmed persons (12-year-old child, 16-year-old teenager, including 6 women and 6 men):

Although they were later released from captivity, nine of them died of emotional and psychological trauma.

The investigation also revealed that 7 out of 36 people who escaped from the criminal group members and sought refuge in caves, died in various villages of Kalbajar district from injuries received during the siege.

Residents of Bashlibel village who survived later separated into two groups and hid in different caves. Despite the threat to their lives, they approached the caves where their compatriots had been killed on the night of May 12, 1993, and left the scene after burying the bodies of 12 persons in two rows (6 graves in each row).

after living under siege for 113 days, managed to save their lives by reaching Chaykend village of Kalbajar district, and then crossing the Tartar river and Goshgar mountain in the direction of Dashkesan district and reaching Zivlan village of Dashkesan in July 1993.

According to the court decision on the exhumation of the bodies, relevant investigative actions have been carried out by the investigators of the Investigation Department of the Prosecutor General's Office in Bashlibel village, Kalbajar district, and the remains of 12 skeletal bodies buried at a depth of 50 cm were found.

In addition, during the investigation, various household items found at the crime scene - in the caves where civilians were hiding, cartridges and bullets proving the intentional killing of civilians were packed and registered in accordance with the requirements of criminal procedure legislation. During the drone inspection of Bashlibel village, it was also established that all residential houses, administrative buildings and infrastructure that existed in the village before the occupation were completely destroyed.

In order to determine the identities of the victims, samples of DNA (deoxyribonucleic acid) were taken from the remains of the corpses and family members who claimed to be close relatives of the buried persons, medical-forensic examinations have been appointed to study molecular-genetic and other features. At present, other necessary investigative and search operations are underway to identify the surviving witnesses of the incident, interrogate them and determine the circumstances relevant to the case.

In accordance with the instructions and recommendations of Mr. Ilham Aliyev, the President of the Republic of Azerbaijan, the Prosecutor General's Office of the Republic of Azerbaijan will continue its activities to investigate the crimes against peace and humanity committed by Armenia against Azerbaijani citizens since the 1990s, to identify the perpetrators, and bring them to justice before national and international courts. 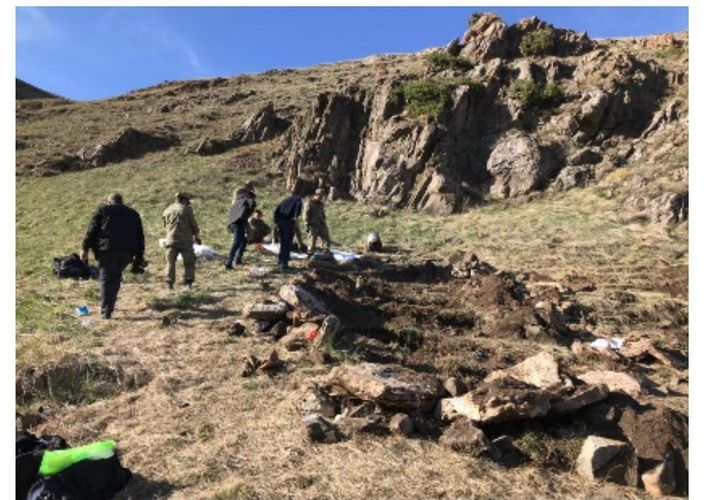 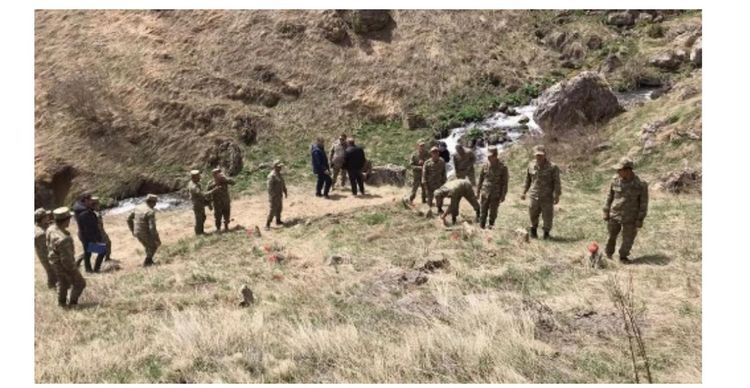