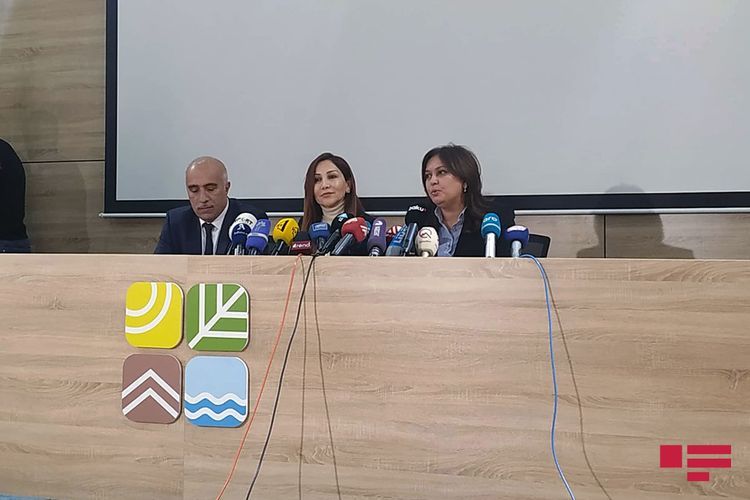 "As a result of a cold atmospheric front on the territory of the Republic on January 23, the weather conditions changed, snow fell, the snow cover in Guba reached 5 mm, in Gusar, Shakhbuz 4, Altiaghaj 3, Khaltan 2, Khinalig, Nakhchivan, Ordubad, Julfa, Gadabay, Lerik, Agdere (Ordubad), Giriz - 1 mm," said the director of the National Hydrometeorology Department of the Ministry of Ecology and Natural Resources, Umayra Tagiyeva, APA reports.

According to her, volume of rainfall in Nabran and Shabran was 2 mm, in Baku and on the Absheron peninsula 2, Zabrat, Bina, Pirallahi 1 mm: "The strength of the west wind in Terter was 30 m / s, Dashkesan 25, Naftalan 24, Mingachevir 23, Yardimli 19, Goychay, Shamakhi 18, Barda, Sheki 17, Baku and on the Absheron Peninsula 21-28 m / s. According to the Oil Rocks station, the height of the waves in the sea reached 3.2 meters."

U. Tagiyeva noted that the minimum temperature in the mountainous regions was 2-6, in the highlands - 10-15 below zero.