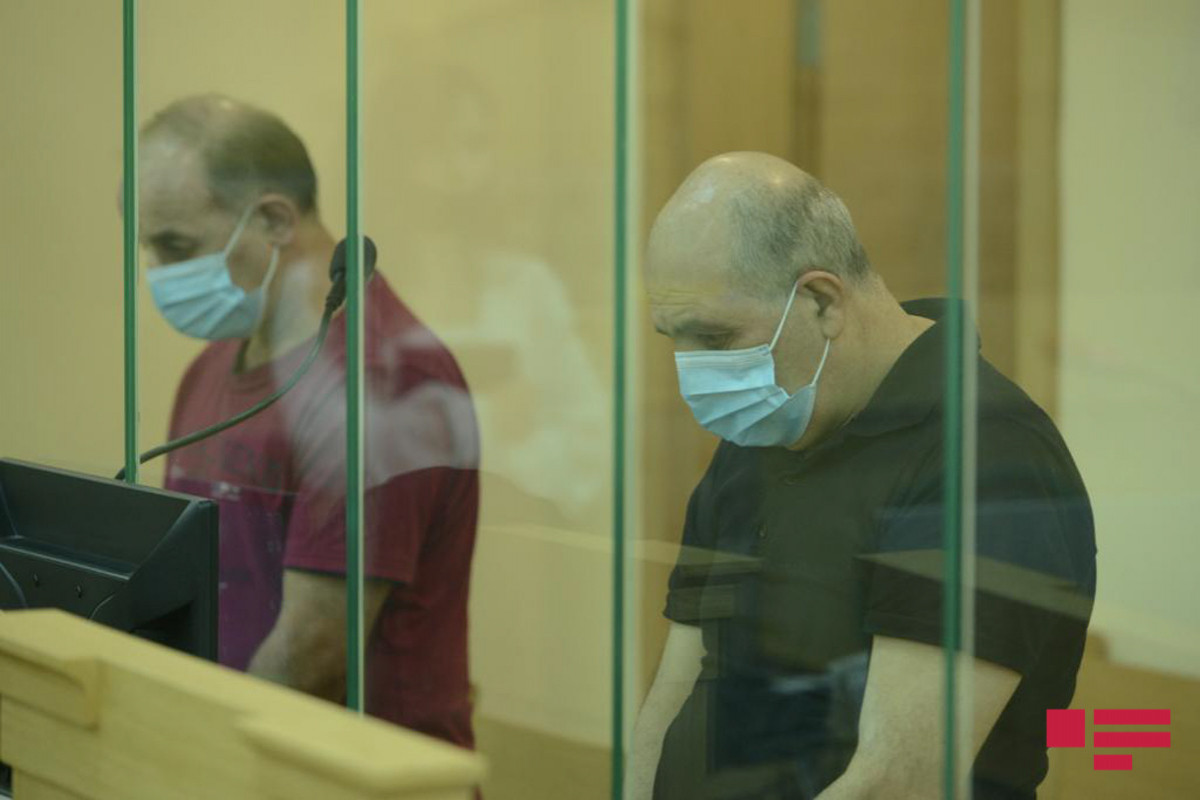 A video was added to the text.

Today indictment has been announced on criminal case of Armenian militants who tortured Azerbaijani captives in the First Karabakh war and committed other crimes Mkritchyan Ludwig Mkrtichovich and Khosrovyan Alyosha Aramaisovich, APA reports.

The indictment announced at the trial in the administrative building of the Yasamal District Court in the Baku Military Court, chaired by Judge Elbay Allahverdiyev, states that Ludvig Mkrtichyan tortured Azerbaijani prisoners during the First Karabakh War.

He entered into criminal relations with several Armenians, captured Kazimov Habib Mukhtar oglu, who was wounded in the Gubadli region, and tortured him with severe blows to the head and body.

Moreover, Ludvig Mkrtichyan took Hajiyev Elman, who was captured wounded in 1994 in the direction of Murovdagh, Kalbajar region, to Agbulag village of Khojavend region and tortured him there, involved him heavy works in the construction of the house of former defence minister of the so-called regime, make him starving hit him with the gun.

In addition, accused person entering into criminal relation with a group of Armenians took Famil Aliyev to Shusha prison after he captured in Agdam in 1993, and gravely tortured him there. At that time, Ludwig Mkrtchyan make the soldier starving in Shusha prison, injuring a wounded soldier with iron and wooden pieces.

Moreover, accused person kept soldier Huseyn Javid Ali oglu in Shusha prison for a year, who captured in Agdam in 1994, he tortured him under snow in a frosty weather, poured cold water on him and hit him hard on the head and eyes, tortured him. As a result Javid Huseyn lost eyesight of both his eyes.

L. Mkrtichyan repeatedly hit Babayev Kamil Idris oglu, a soldier captured in Kalbajar in 1994, injuring his head and body with a machine-gun, keeping him hungry and thirsty, and torturing him in various ways in Shusha prison.

He, together with Alyosha Khosrovyan, has illegally kept Yashar Abdulali oglu Abdulaliyev in one of the houses in Kalbajar, and beat and injured him at different times and with different tools.

Ludvik Mkrtichyan uniting with the Armenian grouping has illegally kept Zahid Hasanov, who is injured in the battles in the Fuzuli region in 1994 and captured, inflicted injuries him during his captivity, poured cold water on him in the winter, beat and kept him hungry.

The accused person punched and kicked Rauf Shamshaddin oglu Gafarov, who was injured in the battles in Alikhanli village of the Fuzuli region in 1994 and captured, at different times during a year, extinguished cigarette butts on his body and severely tortured him.

While being a translator in the administrative building of the Ministry of National Security of Armenia in 1998-1999 during the illegal detention of Elshan Sabir oglu Islamov, he has severely tortured Elshan Islamov and subjected him to severe tortures for not accepting the Armenian citizenship.

L. Mktichyan who tortured Azerbaijanis has also behaved ruthlessly against Barda citizen, Garib Rovshan oglu Valiyev, who was captured by Armenians in an injured condition.  He threatened to break the neck of the Azerbaijani prisoner by pressing his neck, hitting him in the chest with his knee, beating him with a machine gun stock and heavy pieces of iron, knocking the Azerbaijani prisoner to the ground, and squeezing his face with his feet, tried to keep it in the water and drown it.

He was captured by Azerbaijani Army on that day.