'Libya has right to reach agreement with any country' 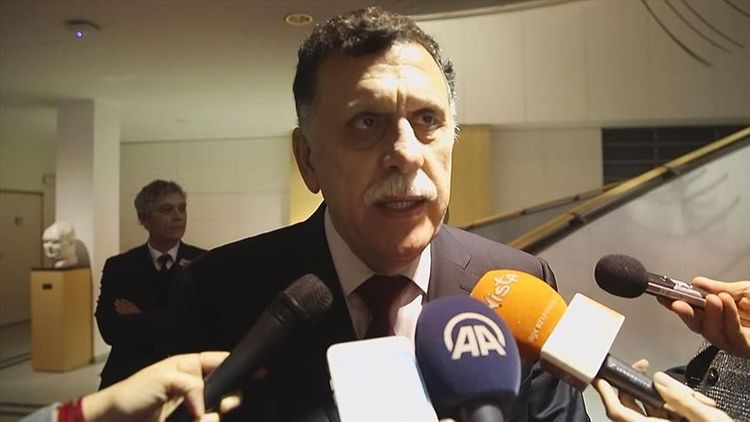 Fayez al-Sarraj after the meeting told Anadolu Agency that as the UN-recognized government, and as a legitimate government, they have the right to reach a memorandum of understanding with any country.

"We made it clear that we didn’t bring mercenaries from Russia or Sudan, we didn't ask regional or other countries for aircraft to bomb the civilians.

"We made the MoU openly, and we insist to defend ourselves," he said, and added: "Haftar will not enter Tripoli."

"With the presence of the German foreign minister, we briefed them with the latest developments about the ongoing aggression on the capital Tripoli since April 4.

"The other side [Haftar] doesn’t believe in the political solution, they want a military solution to the current crisis," al-Sarraj said.

He emphasized that he does not want Libya to be a place for tensions and proxy wars and clarified all these along with the suffering of the Libyan people during the meeting.

"International community should assume responsibility to put an end to this suffering, and stop the attacks on Tripoli and against the legitimate government.

"There is an aggressor called Khalifa Haftar who launches attacks against Tripoli and the internationally-recognized government," he added.

Since the ouster of late leader Muammar Gaddafi in 2011, two seats of power have emerged in Libya: one in eastern Libya supported mainly by Egypt and the United Arab Emirates and the other in Tripoli, which enjoys the UN and international recognition.

In April, Haftar's forces launched a military campaign to capture Tripoli from the internationally recognized government.

On Dec. 12, Haftar announced that he ordered his militants to launch a "decisive battle" to capture the city.