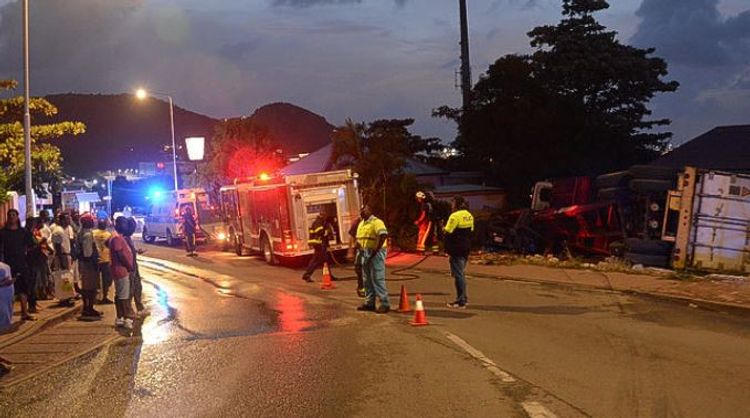 Twelve people were confirmed killed as a truck container carrying at least 103 people somersaulted in central Nigeria, according to the local road safety police on Monday, APA reports citing Xinhua.

A total of 91 others were wounded in the road mishap at Sawmill village, near the central Nigerian state of Niger, on Sunday, said Joel Dagwa, sector commander of the Federal Road Safety Corps.

Dagwa told reporters that the Lagos-bound vehicle was speeding when it suddenly overturned.