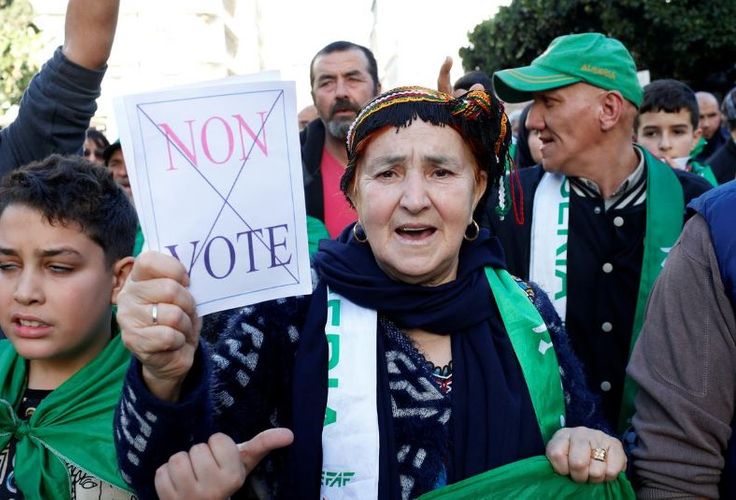 Tens of thousands of Algerians took to the streets on Friday, making a show of strength of their last weekly protest before a presidential election next week that they have rejected as meaningless, APA reports quoting Reuters.

The protesters have been demonstrating twice a week since February to demand that the shadowy ruling elite that has controlled Algeria since independence in 1962 quits power.

On Friday, they chanted “We will not vote” and held aloft banners reading “No need to prepare the polling stations” and “The people are fed up” as they paraded through central Algiers.

The army, the major force within the Algerian state, sees the Dec. 12 election of a new president as the only way to restore normality after nine months of demonstrations which in April ousted the veteran leader Abdelaziz Bouteflika.

Protesters say any election is pointless if the ruling hierarchy, including the army, continues to wield power, and want it put off until more top officials step aside and the military quits politics.

“We will stick to our position. We don’t care about next Thursday. We need change,” said post office employee Aissa Baha’i, 32.

Later on Friday the former senior officials running for president will take part in a televised debate, Algeria’s first, but the protesters dismissed it as political theater.