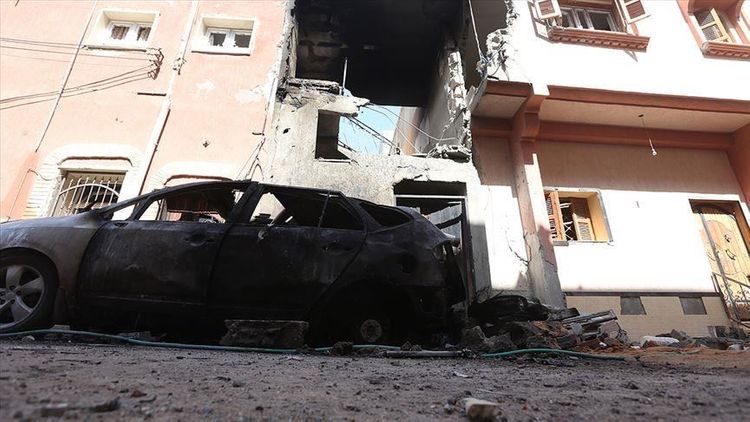 At least one civilian was killed in an attack by forces loyal to Libya's renegade Gen. Khalifa Haftar, according to the UN-recognized government in the country, APA reports citing Anadolu agency.

Mohammed Kanunu, military spokesman for the Government of National Accord (GNA), said anti-aircraft guns of the Haftar forces violated the cease-fire in Ain Zara, south of Tripoli.

“Hands on the trigger. We will retaliate tenfold against the attacks,” Kanunu added.

Kanunu added that the Haftar’s militias raided the civilians’ homes and looted their properties.

On Saturday, GNA in Tripoli and forces loyal to Libya's renegade Gen. Khalifa Haftar accepted a joint call by Turkey and Russia for a cease-fire.

The cease-fire took effect at midnight local time (2200GMT) and the decision was celebrated with fireworks in Tripoli.

Since the ouster of late leader Muammar Gaddafi in 2011, two seats of power have emerged in Libya: one in eastern Libya supported mainly by Egypt and the United Arab Emirates and the other in Tripoli, which enjoys the UN and international recognition.

On April 4, Haftar launched an offensive to capture Tripoli from the GNA. According to the UN, more than 1,000 people have been killed since the start of the operation and more than 5,000 others injured.