EU calls for probe into mass graves in Libya’s Tarhuna 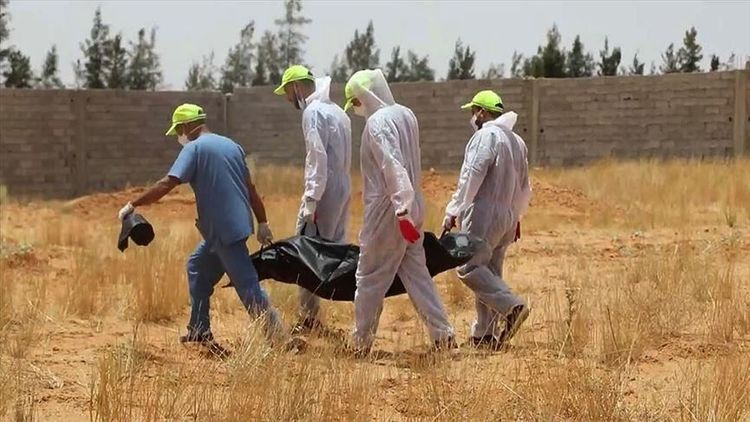 The EU on Tuesday called for an immediate and independent investigation into the mass graves discovered near Tarhuna, northwestern Libya, APA reports citing Anadolu Agency.

In total, eight mass graves were discovered last week around Tarhuna, which was recently liberated from the militia loyal to warlord Khalifa Haftar.

More than 150 bodies, including women and children, were exhumed from the graves close to Haftar's last stronghold.

“An immediate independent investigation should be undertaken to verify these findings and bring those responsible to justice,” Peter Stano, chief spokesperson of the EU External Action Service, said in a statement on Tuesday.

The EU warned all parties involved in the Libyan conflict to respect international humanitarian law and protect civilians.

The bloc also called for an immediate stop to fighting and return to the negotiation table to pursue a UN-led peace process.