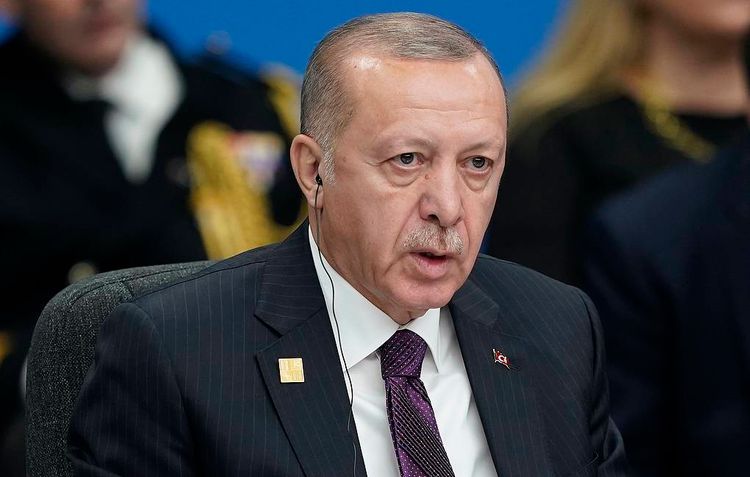 President Recep Tayyip Erdogan believes that the United Arab Emirates (UAE) is providing financial support for mercenaries who are allegedly aiding Commander of the Libyan National Army (LNA), Field Marshal Khalifa Haftar in Libya, he told reporters aboard the presidential aircraft on his way from Algeria to The Gambia, NTV released excerpts from the interview on Tuesday, APA reports citing TASS.

"During German Chancellor Angela Merkel’s visit to Turkey, we thoroughly discussed this topic," Erdogan said. "[We told them that] Haftar is a liar and you enable pandering to this liar. Egypt is the key [Haftar’s] supporter as well as authorities in Abu Dhabi," he claimed.

According to the Turkish leader, the United Arab Emirates is not only providing financial assistance but also "supplying arms and armaments."