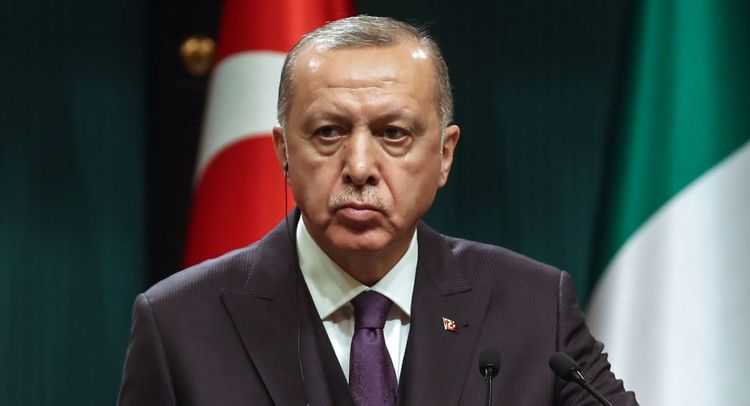 Turkish President Recep Tayyip Erdogan has called Sunday’s Libya peace conference to be held in the German capital of Berlin an important step toward ending hostilities in the war-torn North African country and added that he also intended to discuss the ongoing conflict in the Syrian province of Idlib, APA reports citing Sputnik.

"We held talks with [Russian President Vladimir] Putin in Istanbul and created the conditions and the foundation for a further settlement in Libya. The conference is an important step in finding a peace settlement, and we will wait for material results to follow afterwards. The second topic is Idlib. Despite the ceasefire, we still see that attacks … are ongoing. It is time to say ‘stop’", Erdogan told reporters before flying to Berlin.

Turkish President Recep Tayyip Erdogan also said that Ankara does not have a draft communique ahead of Sunday’s peace conference on Libya to be held in the German capital of Berlin, as it too early to talk of one, although he expressed hope that the talks would yield positive results.

"We do not have a communique text. Let us hold the conference first and then examine the results, see what steps we can take and then discuss them. Let us see what these will be. But I hope that this will be a positive development. Elections are out of the question against a background of armed conflict", Erdogan told reporters before flying to Berlin, answering a journalist’s question regarding a draft communique which has been published by a number of media agencies.