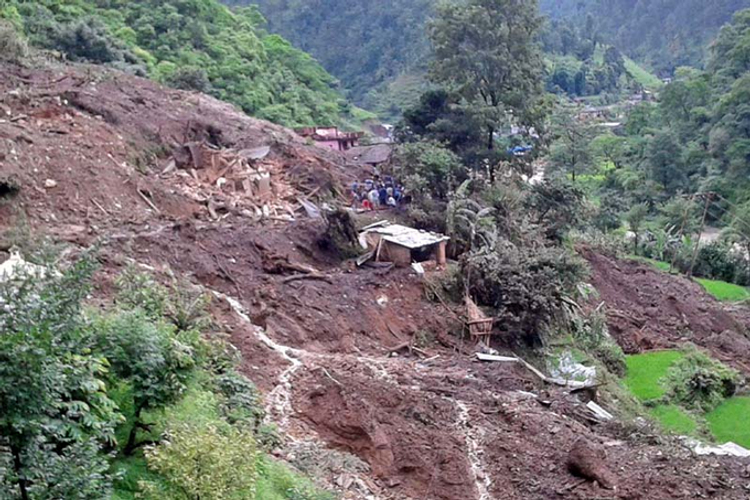 Over 160 people have died and 128 others have been injured in about 445 incidents of landslides, flash floods, and rain-induced calamities since late May, according to Nepal Disaster Risk Reduction and Management Authority statistics, APA reports citing Sputnik.

At least five people were killed and 38 others went missing following a landslide, triggered by heavy rains, that swept away dozens of houses on Friday in Nepal's Sindhupalchok district, 65 km from the capital city of Kathmandu, local media reported.

The landslide descended from Lama Tole on Friday, flattening over 30 houses in north-central areas of Nepal, including Lidimo Lama Tole, Jugal Rural Municipality-2 in Sindhupalchok.

Nepali Army choppers were pressed into service in the affected area to conduct a rescue mission. They airlifted survivors to hospitals. A 14-member rescue team from the Army is also participating in relief measures.

Governing Nepal Communist Party lawmaker Agni Prasad Sapkota, who reached the affected place to take stock of the situation, confirmed that over three dozen people were missing and most of the survivors are in bad condition, with broken limbs.