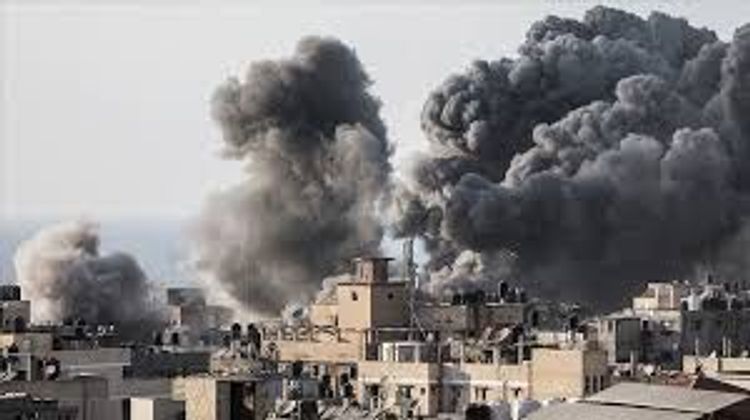 "These actions are tantamount to war crimes," the Interior Ministry of the UN-recognized Government of National Accord (GNA) said in a statement.

It called on the international community to "assume its responsibility toward [halting] these criminal acts that target and terrorize civilians".

The Tripoli-based government said Sunday five children were killed in airstrikes by eastern Libyan forces on the capital.

The deaths came shortly after nine children and two women were killed in attacks by drones operated by the United Arab Emirates (UAE), which supports East Libya-based military commander Khalifa Haftar, on the southern town of Murzuq.

Libya's internationally recognized government has repeatedly blamed the UAE for supporting Haftar forces while the Gulf country has denied the accusations.

In April, Haftar’s forces launched a military campaign to capture Tripoli from the GNA but has so far failed to make advances beyond the borders of the capital.

According to UN data, over 1,000 people have been killed since the start of the operation and more than 5,000 injured.

Since the ouster of late leader Muammar Gaddafi in 2011, two seats of power have emerged in Libya: one in eastern Libya supported mainly by Egypt and the United Arab Emirates and another in Tripoli, which enjoys UN and international recognition.