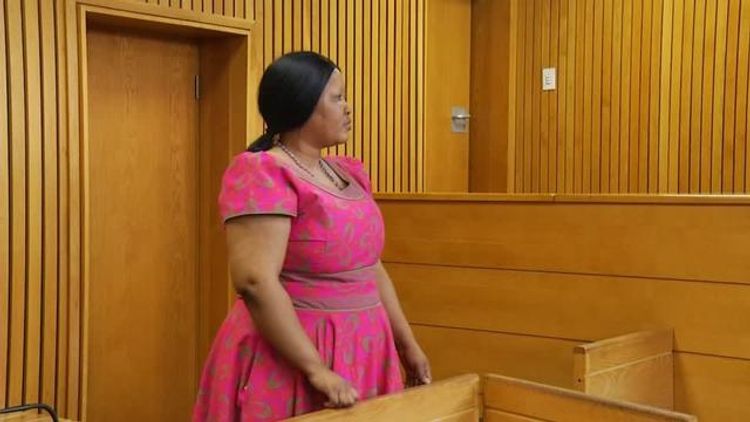 The wife of Lesotho’s Prime Minister Thomas Thabane appeared in court on Wednesday charged with murdering his previous wife two days before he took office in 2017, APA reports citing Reuters.

The handwritten charge sheet said Maesaiah “did unlawfully and with intent to kill fire a gunshot at one Thabane Lipolelo and inflicted on her gunshot wounds” on that day. There were no further details and police declined to elaborate.

A Reuters reporter saw Maesaiah in court before she was taken into detention for the alleged murder of Thabane’s then-estranged wife Lipolelo on June 14, 2017. Thabane did not attend the hearing.

Maesaiah arrived in a car sandwiched between two heavily armed police vans. Wearing a pink floral dress, she stared impassively at the magistrate as the charges were read out.

Police last month issued an arrest warrant for Maesaiah, after she failed to turn up for questioning in connection with the murder and subsequently went missing.

Lipolelo, then 58, and Thabane, now 80, were going through an acrimonious divorce when an unknown assailant shot her dead near her home in Lesotho’s capital Maseru, two days before her husband’s inauguration as prime minister. Mabane and Maesaiah married two months later.

At the time the murder was believed to be a political assassination.

“We have got ample evidence that actually implicates her to the charge, and also other eight suspects,” Lesotho deputy police commissioner Mokete Paseka told the South Africa Broadcasting Corporation. “We are of the view that justice has to be done.”

Outside the court, her sympathizers and opponents traded insults.

“I think for the first time we experience the true meaning of ‘all equal before the law’,” said Matanki Lebeta, a 49-year-old teacher. “I wish they could deny her bail and throw away the key. She has done enough damage to this country.”