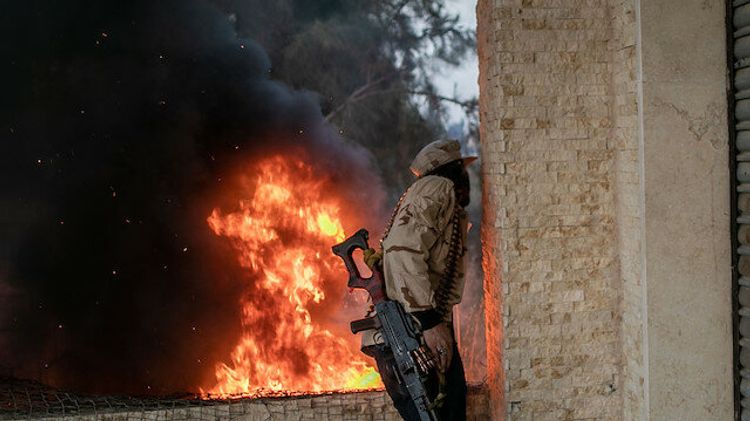 A medical source, who asked not to be named due to fear of reprisal, told Anadolu Agency the victims were civilians -- two of whom are women.

Earlier Friday, forces led by the UN-recognized Government of National Accord (GNA) said on Facebook that Haftar militia intensely targeted the Zintan area located southwest of the capital Tripoli.

The area of dense population was targeted by Grad rockets causing deaths and injuries among civilians.

Since the ouster of late ruler Muammar Gaddafi in 2011, two seats of power have emerged in Libya: Haftar in eastern Libya, supported mainly by Egypt and the UAE, and the GNA in Tripoli, which enjoys the UN and international recognition.

Haftar’s self-proclaimed Libyan National Army (LNA) launched a failed offensive to take Tripoli last April, which caused bloodshed and suffering but stalled on the outskirts of the city.