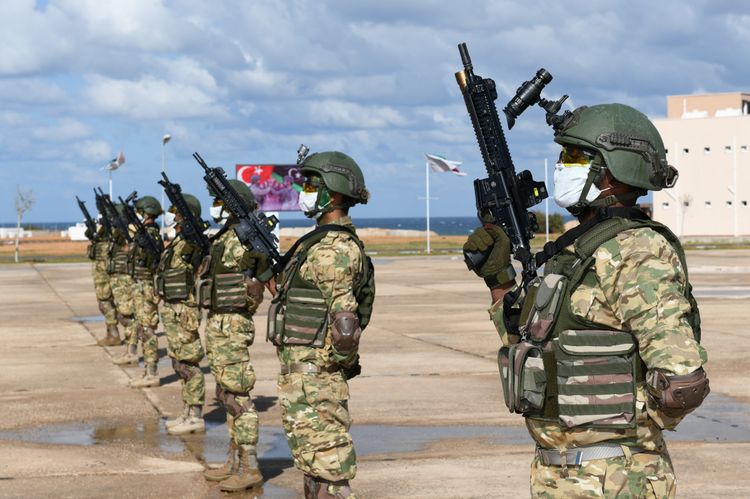 A passing out ceremony was held Saturday for Libyan soldiers who completed an eight-week training by the Turkish Armed Forces, APA reports citing Anadolu Agency.

The training was held as part of a deal signed between the two countries last year.

Libyan Defense Minister Salahaddin Namroush said the completion of this training was evidence that the Libyan-Turkish military cooperation was bearing fruit.

The pact with Libya's Government of National Accord (GNA) was signed on Nov. 27, 2019 and passed by Turkey's parliament on Dec. 5.

The deal setting marine jurisdictions in the Eastern Mediterranean rejects unilateral and illegal activities by other regional countries and international firms and aims to protect the rights of both countries.

Libya has been torn by a civil war since the ouster of Muammar Gaddafi in 2011.

A new government was founded in 2015 under a UN-led agreement, but efforts for a long-term political settlement have failed.

With Turkey’s help, the UN-recognized Government of National Accord, headed by Fayez al-Sarraj, has made significant gains in recent months.