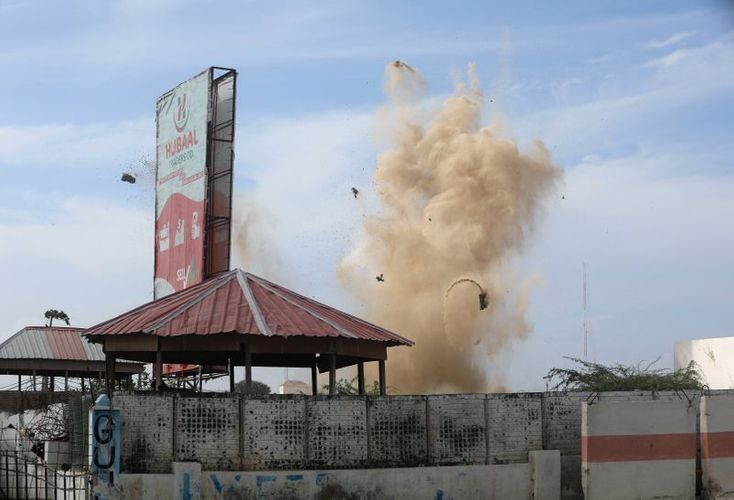 Somali Islamist militant group al Shabaab has claimed responsibility for Saturday’s attack outside a hotel in the town of Galkayo, in the country’s Mudug region, which killed at least seven civilians, APA reports quoting Reuters.

“We are behind the Galkayo  blast, it was a martyrdom suicide car bomber that targeted military officials who had a meeting in that place. We killed many soldiers and injured others,” Abdiasis Abu Musab, al Shabaab’s military operations spokesman, said on Sunday.

A local military officer said on Saturday that in addition to those killed, dozens more were wounded.

The militant Islamist group controls small sections of the Mudug region, but not Galkayo. It ruled most of south-central Somalia until 2011 when it was driven out of the capital Mogadishu by African Union troops.

Despite the loss of territory, al Shabaab still carries out major gun and bomb attacks, often claiming casualty numbers that conflict with those given by government officials.