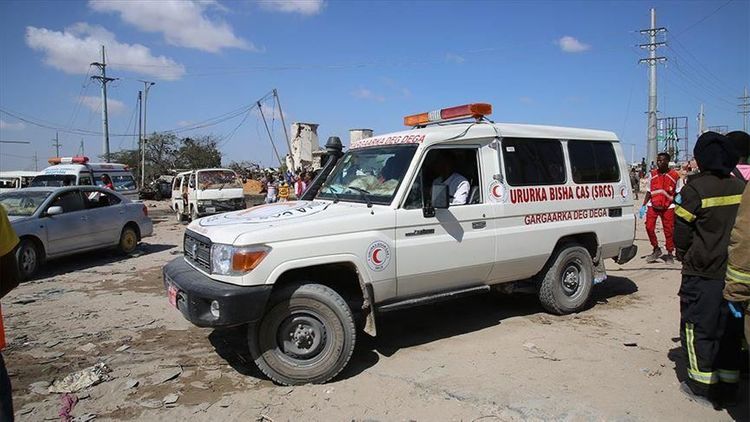 At least eight people including officials and civilians were killed and more than 17 wounded on Sunday when a car bomb blast targeted a popular hotel in Somali’s capital Mogadishu, officials said, APA reports quoting Anadolu Agency.

The bomb attack was followed by gunmen on foot storming the Elite Hotel at the Lido beachfront, with the battle inside apparently still ongoing, with the potential for more casualties.

"Those rescued including the owner, who is former state minister of finance and current MP," Hassan said.

A free ambulance service transported 28 injured people from the explosion, Abdulkadir Adan, who heads the service, wrote on Twitter after the attack.

Police officials who spoke to Anadolu Agency over the phone say security forces are still battling gunmen inside the hotel.

"The operation is going on and the casualties could rise," Guled Salad, a police official told Anadolu Agency.

Local media reported that the death toll has reached more than 15 people, mostly civilians, and more than 30 wounded.

No group has yet claimed responsibility for the attack but Somali-based al-Qaeda affiliated group al-Shabaab has claimed recent attacks in the country.

This attack is the second deadly attack in two weeks in Mogadishu.

Last Tuesday, at least 19 people were killed and several others wounded in an al-Shabaab attack in central prison in Mogadishu.