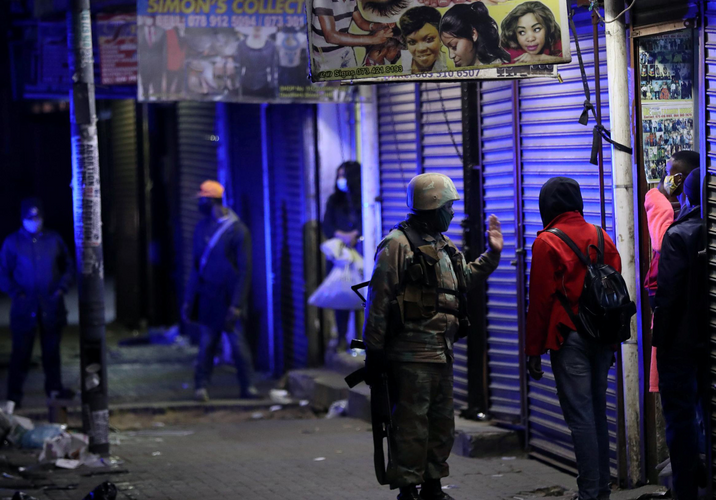 South Africa’s cases of COVID-19 crossed 300,000 on Wednesday, the most in Africa and among the 10 highest in the world, APA reports quoting Reuters.

Africa’s most industrialised nation recorded a rise of 12,757 cases on Wednesday to reach 311,049 confirmed COVID-19 cases, its health ministry said in a late evening statement four months since the first case was confirmed in the country.

South Africa has tested about 2.3 million people so far and has had 4,453 deaths since March 27, the statement said.

President Cyril Ramaphosa put a lockdown into effect on March 27, shutting shops, requiring people to stay at home and sending the army on to the streets to enforce the measure when South Africa had only 400 cases and no recorded deaths.

The government later eased many curbs over fears for its struggling economy.

But with coronavirus cases increasing in the country of 58 million people, an exasperated Ramaphosa on Sunday re-imposed an alcohol ban and a night curfew.

“We are crossing the river by feeling our way across the stones. Sometimes we put our feet on slippery stones and sometimes on firm ones,” Ramaphosa said on Wednesday during a public address.

Charles Robertson, a senior economist at Renaissance Capital, who has been closely tracking the coronavirus, said South Africa’s early action was impressive.